Michael and Donald were matched in 1989 and are still ‘brothers’ today. We invited them to write about their amazing story and share what their decades-long friendship has meant to each of them.

Big Brother Michael and Little Brother Donald joking around about 20 years ago.

Late one night I was watching something inconsequential on TV, when one of those public service commercials came on advertising the Big Brothers Big Sisters program.  Something struck a chord, and so I looked into becoming a Big Brother, hoping to make a difference in a kid’s life.  It was explained that I needed to make a 1-year commitment.  I did, and I was matched with Donald, a 12-going-on-13 year old.  That was 25 years ago and, while the match technically ended when my Little Brother turned 18, the brotherhood continues to this day.

The BBBS matching process evidently worked quite well in our case, as we had many similar interests (bad jokes, brass instruments, to name but a few).  And while I had hoped to make a difference in a kid’s life, I had no idea the difference that he would make in mine.

Of course, as a Big, I anticipated being the “male role model” that the BBBS program strives for.  But I didn’t realize just how much I would grow to enjoy and look forward to that weekly ability to go out and play, which is something that adults do not set aside enough time to do.  And at the time I also did not realize just how significant and insightful his views and perspectives would be – and how much his views could influence me.

I was part of the family eight years ago when his son was born (I’m “Uncle Michael”).  I was asked to say a prayer when his grandmother recently passed away.  And I have no doubt that at some point in the distant future he will be bringing his grandkids to visit me at the assisted living facility.  In short, 25 years later, we are still family.

I met my Big Brother when I was 12.  In just the short time it took to take a walk around the block, and skip stones into a pond (much to the annoyance of the native froggy residents), our friendship was already well under way.  It’s a rare gift when you get to meet someone that seems to have been tailored just for you.  A quarter century later and we are still cracking the same jokes and laughing about, “that one time when …” I can’t imagine how different my life would be without having my brother; Michael is my family in every sense of the word.

As a kid, looking forward to a weekend adventure with my Big Brother was always the highlight of my week.    Michael taught me racquetball, snipe hunting, how to drive, and how to keep perspective through the hormone years.  We smashed into each other playing the now infamous Trac Ball, we tromped through miles of creek beds, we participated in more BBBS events than I can count, and we played horribly out-of-tune, brassy Christmas carols that became a tradition of rich embarrassment for many years.

We have included each other in every major life event you can imagine. Every accomplishment, every memory I have that was an important milestone for me, I shared with my brother.  I can’t express how profound an impact Michael has had on my life, and how forever grateful I will be that I was matched with such a big piece of my family that I didn’t know I was missing.  I am now older than my brother was when we were matched, I have a family of my own, and I still can’t help but grin every time I get a chance to catch up with “Uncle Michael”. 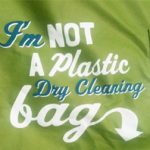 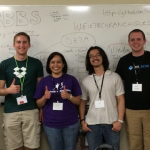