Sometimes, it’s serendipitous. A small connection that goes from casual, to committed, to life-changing. Sometimes matches begin this way.

This was the case for Rebekah, a hair stylist with West End Salon.  She was simply joining a client to help at a BBBS special event. An event they’d both helped at for a couple of years in a row. Each year her friend encouraged her to get involved as a Big Sister. About two and a half years ago the time was right for her to take the plunge. “I thought, I do want to be connected to this organization and I can do this,” said Rebekah. “So, I finally filled out an application. I felt I had something to share with a young person.”

She was soon matched with Little Sister Nicole who was a freshman in high school and had recently undergone an appendectomy. “On her first visit I was still recovering from surgery. I was still moving slowly,” laughed Nicole. “It was pretty funny.”

Nicole may have been moving slowly, but the pair developed a quick friendship when they went on their first outing to a nearby McDonald’s. “She quickly opened up,” said Rebekah. “We clicked at the very first meeting. She is a very intelligent young woman and very driven.”

Nicole’s drive is evident in how busy she is during and after school. “She plays catcher for the LBJ softball team, she’s a varsity cheerleader,” said Rebekah. “Plus, she also works.”

In addition, Nicole finds time to participate in several clubs. One of which is LOD – Ladies of Distinction, a service group that helps in the community. Activities she might not have had the initiative to participate in without having a Big Sister.

“I used to be very shy. I didn’t talk a lot,” said Nicole. “Rebekah helped me learn to communicate with others and become more of a people person, more outgoing.”

Her schoolwork also improved because of the match. “My grades drastically improved once Rebekah became my Big Sister. I got on the A & B Honor Roll,” said Nicole.

Next year Nicole will be a senior and is considering plans to graduate early and possibly attend Texas State University. Though she wants to wait until the following fall to enroll, as she would like to have time to work and to save some money.

“I’d like to work with kids, so I’ve considered teaching, but I’m also interested in the medical field. Or even marine biology,” said Nicole. “I just have a bunch of different things in mind.”

As a match, the two have made the most of their many interests. One activity they regularly enjoy is painting at Café Monet and then getting ice cream. But Nicole also likes physical activities, so their outings have included going to batting cages, kayaking on Lady Bird lake – Nicole’s favorite outing, swimming at Barton Springs and Deep Eddy Pool, as well as just walking around Austin. “She lives way out of the city,” said Rebekah, “so as a teenager she just enjoys exploring the downtown area.”

The surprising part of all of this for Rebekah? “How perfect it is,” she said. “How well we’ve clicked.”

This kind of connection is what Nicole was looking for from the beginning. “I remember her saying she didn’t have any real girlfriends,” said Rebekah. “And I think I’m helping by being a friend. She confides a lot in me and as a result has learned to trust again. I’m able to sympathize with a lot of what she is going through from my own experiences and I’m trying to give her guidance in making better choices. She likes that I listen to her and she doesn’t feel judgement from me.”

Rebekah has also been impacted by the relationship. “She’s definitely introduced me to new music,” laughs Rebekah. “But she’s also helped me to have fun again, like when I was a kid.”

Even more children could benefit from such a mentoring relationship – there are over 450 kids on the BBBS waiting list.

Nicole has this to say to those considering being a Big, “If it hadn’t been for my Big Sister, I wouldn’t ever have come out of my shell, not even to my parents. By becoming a Big you can change a child’s life for the better, and that’s pretty powerful.” 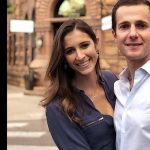 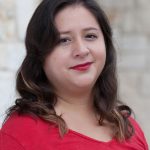