All About The Team: This Former Little is ‘Playing it Forward’

Years ago, he was credited with being a Little Brother in one of the longest-lasting matches at Big Brothers Big Sisters of Central Texas. Today, Dave Rappold serves on BBBS’ Board of Directors and is heading up the agency’s 2018 Bowl For Kids event.

“When I was 4 years old my dad passed away suddenly and unexpectedly,” said Dave. “That set the stage for BBBS becoming part of my life.  I went through the next few years in a sort of daze. When I was about 7 years old my mom talked to me about an organization that helped kids by matching them with adults. My first response was ‘I’m getting a dad,’ but she explained how BBBS worked and asked what I would look for in a mentor. My only thoughts were that I wanted him to like bicycles, to like tennis, and to have a mustache. That’s when I met Dale Wiseman.”

Dale became Dave’s Big Brother, and it turned out that he not only liked bicycles, he also liked motorcycles, was a spelunker, played tennis (which he taught Dave), and didn’t live far from Dave’s house. He also had a “wonderful Tom Selleck mustache.” “Having Dale in our lives was great medicine for me and my mom,” said Dave. “I didn’t have the deck stacked against me like a lot of the kids in our program do, but Dale came in fresh and he took me away from all the stuff going on at home. He never knew about everything I’d been through. We never talked about the loss of my dad. We just went and did fun stuff that kids are supposed to do. And I think that’s one of the main things it takes to heal and move forward.”

Dave’s Big Brother helped him cope with the difficult loss of his father. There were still negative things in his life, however. He says he stumbled through school, and that he was distracted and angry, but that having a Big Brother kept him engaged in constructive activities with someone who was a really good person and a wonderful influence. A situation that reduced the chances of his getting into trouble.

When a child loses a parent at such a young age, Dave believes that that loss is always with them in some way… that the sense of loss never leaves. But for Dave, that sense of loss is combined with a deep love for BBBS. “They were there for me,” Dave said of the agency. “And it never really left my mind to re-engage with BBBS at some point.”

Dave has always felt that he should have become a Big himself, but his life changed as he went through college, military service, got married and became a father to two kids of his own. He has found other ways however, to plug in and to advance BBBS’ mission. In 2016 he joined BBBS’ Executive Board. Now, he is leading the campaign for BBBS’ 2018 Bowl for Kids event set for April 27 & 28 at Highland Lanes.

“Last year we had a record-setting Ice Ball gala,” said Dave. “This year, I’d like BBBS to have a record-setting Bowl for Kids event. That would really help reduce the agency’s 600-kid waiting list.”

For Dave, the opportunity to participate in Bowl for Kids cuts across all socioeconomic lines. “Corporate donations are important and get the fundraising ball rolling,” he said. “but everyone can participate. Individuals giving $20 of their gas money are just as important.”

Creating a successful Bowl for Kids event is a team effort that embodies the BBBS spirit. “Bowl for Kids provides a great opportunity for a different type of social mingling and camaraderie,” said Dave. “Participants get together for pizza, beer, water, sodas, and to cheer each other on. There are no diamonds and high heels at Bowl for Kids. It’s just a bunch of folks getting together to support BBBS’ mission and to have a great time in the process. There are participants from corporations, from the community, Bigs, Littles, Board members and staff. All these people come together with one thing in common, they believe in BBBS and want to help the agency serve more kids.”

Dave challenges everyone to participate. “Come and make an impact,” said Dave. “At BBBS we’ve proven ourselves. We’ve proven that our one-to-one mentoring model works. We have a new building. We have a great staff and board. We have all of these important tools and processes and people in place to take care of kids and to serve them really well. We also have a long list of children waiting for the life-changing opportunities that a Big Brother or Sister can provide. What we need to be able to serve more kids is money.”

“Bowl for Kids is a wonderful way to impact BBBS’ ability to serve more kids in a quality manner and to reduce the waiting list for children in need.”

Dave knows all about the difference BBBS can make in a child’s life. He’s been there. Now, he wants to extend that same opportunity to more children whose lives would be impacted, just as his was. 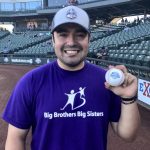 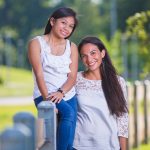 How Do We Know Mentoring Works?Big Stories, News & Updates