The foundation has been poured, the walls are going up, and the new Big Brothers Big Sisters of Central Texas Bennett-Rathgeber Mentoring Center is well on its way to becoming a reality. BBBS will be moving to this new location at the site of the former Robert Mueller Airport, as part of Rathgeber Village. It’s fitting that an agency about relationships would build a center for relationships, funded as the result of a relationship – that of great friends Dick Rathgeber and Kyndel Bennett.

“The irony of all this is that our relationship started because of BBBS,” Kyndel explained. Kyndel has been involved with BBBS for over 20 years, both as a Big and as a board member. “I was in Brent Fields’, the CEO of BBBS’, office and he had Mr. Rathgeber’s book on his bookshelf. I borrowed the book and read it in about two days. There were a lot of stories about real estate, Austin and philanthropy… all of which resonated with me.”

Kyndel was so intrigued by the book he asked Dick to meet him for coffee. The two met for four hours and subsequently became great friends and business partners, embarking on a number of projects together. “Dick has become a real mentor and a great friend,” Kyndel said.

Dick is the visionary behind ‘Rathgeber Village,’ and Kyndel knew there were extra sites at the development; a development where BBBS would be a perfect fit. “I had the chance to ask Dick to donate the land for the building,” Kyndel remarked, “and he did.” The new building will allow BBBS to take its work to a new level in the years ahead.

It’s not just the aesthetics that both men see as important however. The size of the facility and the location also play important roles. “Number one, the new building will give BBBS a chance to grow. Our capacity is currently constrained because of space,” Kyndel added. “If we have more space, we can hire more employees and that constraint goes away. It takes the organization to the next level among Austin non-profits and allows us to serve a lot more kids and that is what this is really all about.”

“I can envision the changes this building is going to make for the organization,” Dick said. “The new Mentoring Center is going to be in absolutely the top charitable location in Austin. It’ll be near the Dell Children’s Hospital, next to SAFE Alliance, the Austin Children’s Shelter, the Rise School, and the Salvation Army Youth Center. This will be an area recognized for helping children.”

Helping is something both men take very seriously. Kyndel started helping others right after college when he became a Big Brother. Later, he served on the BBBS board in North Carolina, and when he returned to Austin, he and his wife, Laura, became a Big Couple. He also served on the BBBS board for 7 years. “I saw the great work the agency was doing, and the difference it made in kids’ lives,” Kyndel said.

Dick Rathgeber also has a long history of giving back to the community. “I like to quote Bob Buford who has a theory that we spend the first half of our life trying to be successful and the last half trying to be significant,” Dick commented. “Trouble is, you don’t know where the halfway point is going to be. I tell young people who say they don’t have money to give, that what they do have to give is time. The happiest people I know are people who give.”

The new Bennett-Rathgeber Mentoring Center is more than just a structure to these two men. Kyndel and Dick both become a little emotional and a lot enthused as they consider how this building will impact BBBS’ future. “I’m excited about it,” Dick admitted. “I’m excited that Kyndel and I got to work on the project together. BBBS is an outstanding organization, with excellent leadership, and I can hardly wait to see when the employees get to move in.”

”(Mueller) was such an ugly piece of dirt and to see it transformed into such a beautiful place is… you know… it just affects you,” he added.

Soon a lot of lives will be positively affected as BBBS’ capacity to help children and families in Central Texas grows due to the friendship and generosity of Kyndel Bennett and Dick Rathgeber.

Stay up-to-date on our construction progress, see photos from the site, and watch video of the foundation being poured here 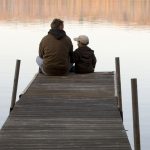 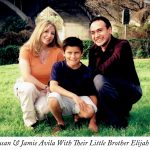