Big Brothers Big Sisters of Central Texas celebrated the opening of its new Bennett-Rathgeber Mentoring Center on January 25th at Rathgeber Village in the Robert Mueller Development. Several hundred people attended the historic event, including the agency’s first executive director, first Big Brother, and one of the organization’s founding board chairs. Appropriately, the opening coincided with National Mentoring Month.

Smiles, tears, and excitement were on display as children, families, current and former Big Brothers and Sisters, donors, staff members, community partners and friends came together to mark this special occasion.

“It was an historic milestone and a celebration of our rich legacy of community service; one that brought together our past, our present and our future,” Fields remarked. “I loved seeing many of our current Bigs and Littles standing beside our founders during the ribbon-cutting ceremony. It was truly a “passing of the torch” as current matches officially opened this amazing facility that will serve children and families now and for generations to come.”

“A favorite memory that I’ll cherish for a long time, was standing at the entry and seeing and hearing the buzz of activity from kids and families, our Bigs and staff. We’ve never had the space to host such a cross-section of people who are part of this mission,” Fields added. “It was pretty neat seeing everyone enjoying the time together. Bringing people together is what our work is all about, and this event underscores how our new Mentoring Center will allow us to do just that.”

BBBS staff also enjoyed seeing the reaction to the new facility. “People were so impressed by how big, how beautiful, how warm and welcoming the building is,” said Ellen Harsch, an enrollment supervisor who is celebrating her 10-year anniversary with the organization.

Work towards this day has been an overarching goal for many years as the agency outgrew its former physical location long ago. At approximately 24,000 sq. ft., the new building is four times the size of the agency’s former facility and it provides ample room for BBBS to serve more children, families and volunteers. Amenities include 6 dedicated meeting and interview rooms, a state-of-the art conference room, two exterior terraces, and a large youth activity center.

“In my entire professional life, I’ve never had a prouder moment. And it’s not just about bricks and stone, but about all that this building represents in terms of what it took to get here and what it allows us to do moving forward,” Fields continued. “It’s exciting to see the agency grow from an organization that was originally focused on providing mentoring services to 10 fatherless boys forty-six years ago, to one that now serves over 1,000 children and families, with a waiting list of over 600.”

“Now, for the first time, we are not constrained by space. We can now work on growing our organization to serve more kids and the community as a whole.”

Currently, there are several organizations working with BBBS to use part of the facility for future gatherings and events. Such community connection provides BBBS a unique way to tell its story and to create more awareness of the agency’s life-changing work. It also gives BBBS a way to ‘pay it forward’ and to support other community groups.

“There are a number of organizations that have shared resources and space with us when we have needed it,” Fields said. “Now we can offer the same service to others.”

“It’s amazing to think how many of our grand opening attendees might one day become Bigs, donors, or staff,” Fields concluded. “And this building will be a connecting point. Ultimately, this space will allow us to bring more people together, make more matches, serve in new ways, and engage more people in what we do and how we do it, expanding our impact in the community.” 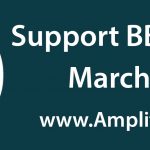