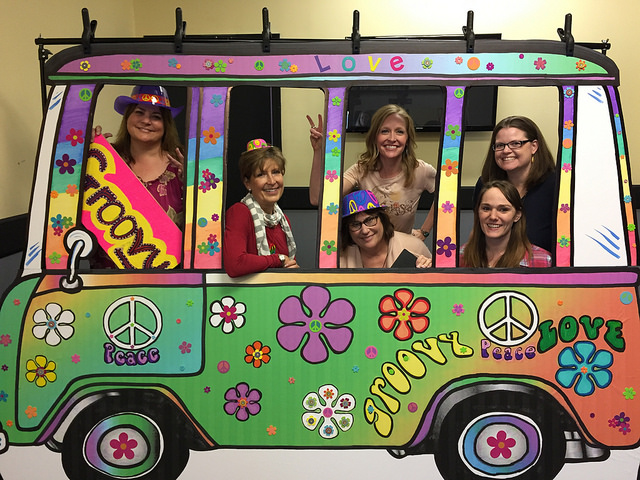 Peace signs, bell bottom pants and polyester ruled as participants took to the bowling lanes March 3 – 5 and raised over $135,000 for Big Brothers Big Sisters of Central Texas. It was a dy-no-mite event as bowlers donned outfits from the 60’s and 70’s and participated in this year’s “Peace, Love & Bowling”-themed bowling marathon. Funds raised go directly to providing children with caring, committed mentors, and life-changing mentoring services.

“We totally enjoy this event,” said Maria Dunn of RSM U.S. LLP, Kingpin Sponsor for the event. “Ultimately though, it’s all about the kids. We want to give young people all the support we can, because they are going to be our leaders.” 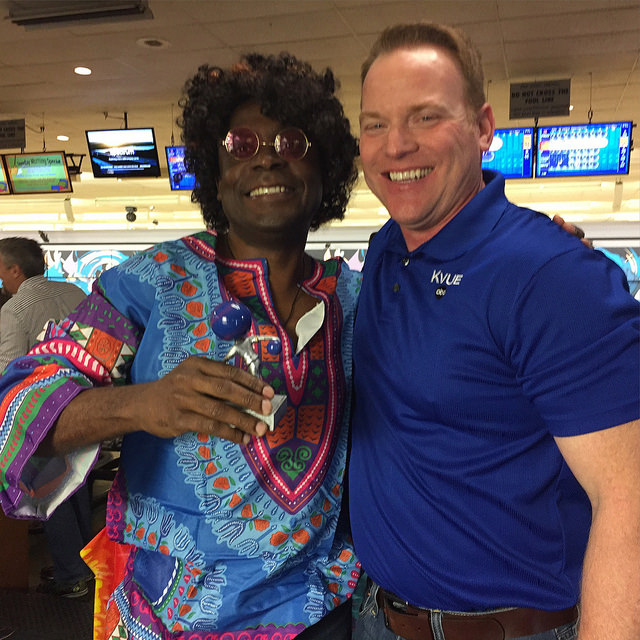 The venue was packed as businesses and individuals came together to support Big Brothers Big Sisters of Central Texas, and to have a lot of fun at the same time. More than 800 participants, sponsors, volunteers, staff members, and Bigs and Littles enjoyed the weekend’s activities.

“Bowl for Kids allows us to take time out to celebrate the uniqueness of our organization and the camaraderie we have as a team,” Maria continued. “And, when you look around, you see a lot of other businesses enjoying the same thing. We’re all here doing something great, but there’s a heck of a lot of laughter mixed into the evening as well.”

Teams representing businesses from the banking, architecture, engineering and construction sectors, as well as the American Society of Civil Engineers, showed up in full force, as did teams from the legal, gamers and designers, and media industries. Highland Lanes hosted the event over the course of the weekend.

Austin Powers made an appearance, along with Scooby Doo and Friends, the Fab Four (Beatles), and a group called The Bowling Stones, among others. The teams had fun posing for photos in front of the  event’s annual theme banner, as well as in a specially created “photo” bus.

Employees from Pape-Dawson Engineers made the foam core “hippie bus” especially for the event. “It was a groovy bus,” Maria laughed. “The bus was perfect for the theme, but the thought that went into it was also great.  They made it portable so that BBBS can re-use it, and they created low windows that Little Brothers and Sisters can pose behind. What a great example of how the community is not only engaged with, but also really thinking about, BBBS’ mission.” 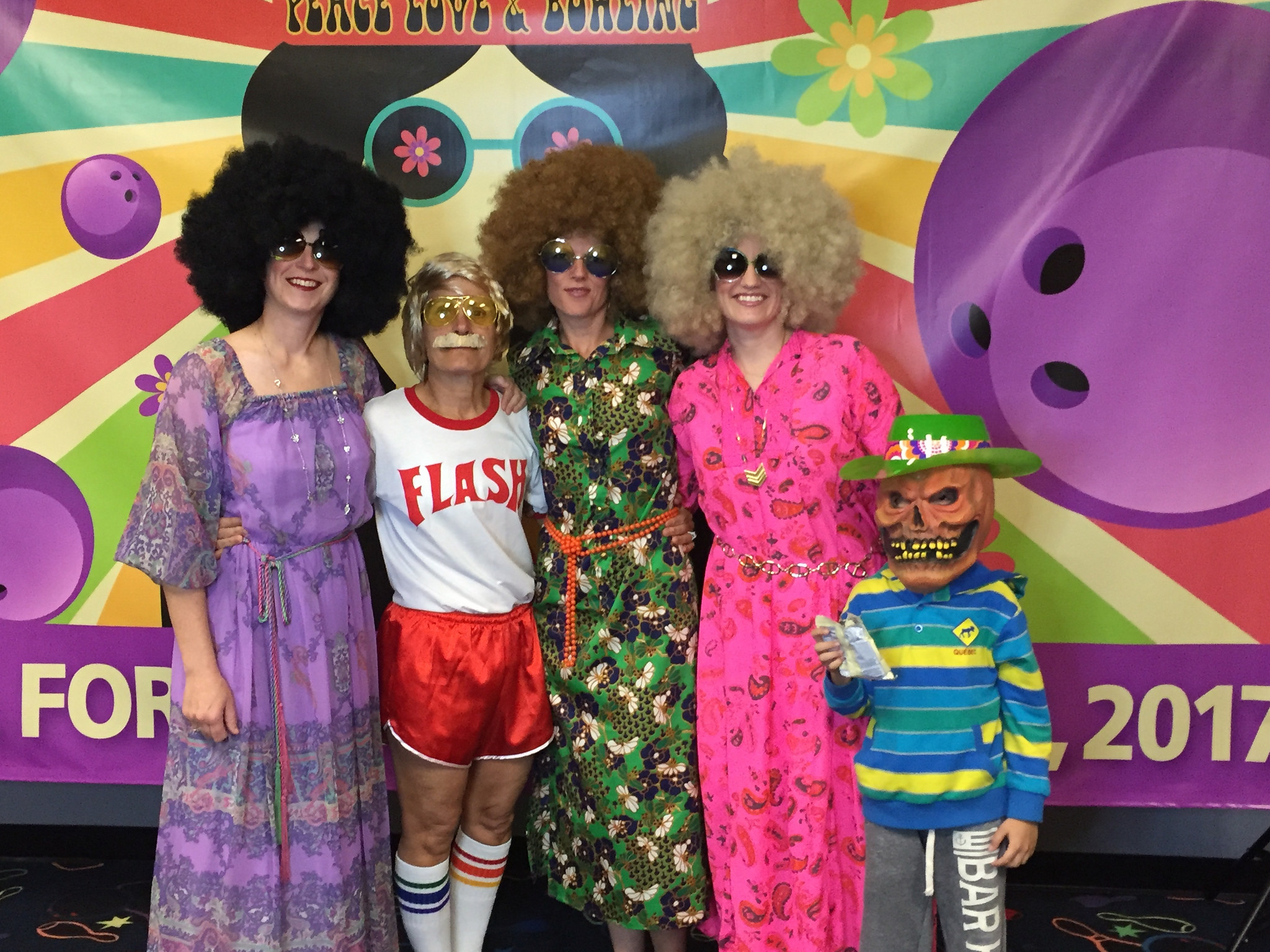 Each year teams get into the event theme as they try to outdo one another with costumes and fundraising. Team Lucky Strikes, for example, has won the award for Best Costume in their time slot for the past four years. It’s an achievement they are very proud of.

“The theme and costumes, along with the bowling, make it a fun night out,” said Lori and Mark Ramseur, Chairs of this year’s Bowl for Kids. “It is fun seeing all the crazy costumes that people come up with. We are always surprised by the creativity.”

It is creativity with a purpose. “When we see the difference the fundraising makes, the brand awareness for BBBS, and the impact this event has for kids in the community,” Maria said, “it makes us all feel great, as individuals and as corporations. This is so much more than a bowling event. It’s about making a difference.”

Lori and Mark agree. “This is our fifth straight Bowl for Kids event,” they said. “It’s an event where people can have fun and also give to BBBS.”

It was also an opportunity for Bigs and Littles to spend some quality time together as several matches tried their hand at bowling.

“This is the 34th year we’ve held Bowl for Kids, which is one of our largest fundraisers,” said Brent Fields, CEO of BBBS. “This year’s event was ‘far out fun’ that provides real results for kids and their families. There were a lot of silly costumes, but participants were serious about generating support for children in Central Texas. And, thanks to everyone involved, it was another great year for the event and, most importantly, for the kids we serve. Bowl for Kids is truly an event where everyone wins.”

See photos from the event in our Flickr album here