The award process begins with local Big Brothers Big Sisters affiliates selecting a top Big/Little Brother and a top Big/Little Sister for their agencies, and then nominating those winners for the statewide competition. Statewide winners then move on to the national competition, in which a committee made up of Big Brothers Big Sisters staff, corporate partners and foundations, and supporters, including the reigning Big Brother and Big Sister of the Year, selects the national winners.

BBBS of Central Texas chose Ashley and Brianna as the agency’s Big and Little Sisters of the Year in January and nominated them for recognition at the state level.

After reviewing all of the nominations from the state’s regional affiliates, the State Association Chairs of BBBS of Texas selected Ashley and Brianna as Texas’ Big and Little Sisters of the Year. The match then moved on for consideration as national honorees, and on June 26, 2020, they were named this year’s national award winners.

“I can’t say enough about our Bigs,” said Brent Fields, CEO of Big Brothers Big Sisters of Central Texas. “They are huge difference-makers in the lives of our kids. We are so proud of Ashley and Brianna and so grateful they are willing to share their story with us, and now with the nation, regarding the impact that mentoring has had on their lives. A BIG congratulations to them both. They are truly examples for us all.”

By nature, Brianna is quiet, but it’s her artwork and her smile that light up the room. Brianna’s mother knew her daughter was talented, but in middle school, Brianna often closed herself off, not wanting to talk to anyone. When she met her Big Sister Ashley, they realized they had two main things in common: a love of frozen yogurt and they are not big fans of being outdoors! Even though they started to connect, Ashley knew her Little Sister still had walls up.

What she didn’t know, was that when Brianna’s serious relationship with her girlfriend ended, severe bullying intensified. “I didn’t tell anyone about it, I had never experienced that before,” said Brianna. “I was in a very dark place and didn’t want to be here anymore.”

But it was during her lowest time that Brianna realized that she had a strong support system in her family—and her Big Sister Ashley—who were there for her, not to judge, but to listen.

The past four years have been a journey of healing and building trust. The pair have developed a special bond. Ashley admires Brianna’s resiliency and courageous spirit. Brianna graduated this year, and hopes to pursue a career in art or art therapy, to help other young people know, no matter what they’re going through, they’re not alone.

“This award is an honor and I can’t believe we were selected,” said Ashley. “Honestly, we are still trying to process everything that has happened. I’m thankful to Ms. Crystal, Brianna’s Mom, and to Brianna, for allowing me to be on this journey with them. I hope our story encourages and reminds everyone that they are worth it – whatever the “it” is for them.”

In addition to this year’s selection of Ashley and Brianna as the 2020 Big and Little Sisters of the Year, BBBS of Central Texas’ Big Brother Ben De Leon was named the national Big Brother of The Year in 2009.

In the past decade, 10 Big Brothers and Big Sisters from BBBS of Central Texas have been named the Big Brother or Big Sister of the Year for the state of Texas.

The agency has also had two finalists for National Big Sister of the Year in the last three years, has received Board of the Year honors twice, and has been a finalist for the National Agency of the Year award. 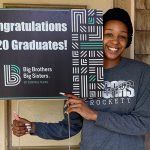 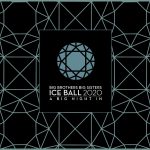