The 2015 annual Corner Store Country Run had over 5,000 entrants and over 100 volunteers. That’s a 150% increase over last year! The event, held October 11th at the Dell Diamond, raised $45,000 for Big Brothers Big Sisters of Central Texas.

“What a fun event!” said Alida Tallman, Vice President of Development for BBBS. “We offer a “Big” thank you to the Corner Store for their continued support of our mission.  It’s events like these that enable us to continue to positively impact children and families in our community.”

The atmosphere was festive as participants dressed in their favorite cowgirl or cowboy outfits to compete in this 5K event. The entrants didn’t have to run. They were encouraged to gallop, trot, or do-si-do their way across the finish line. Along the way, runners encountered giant inflatable pigs and cows and farm-themed zones like the Hay Harvest, the Tractor Yard, and the Chicken Coop.

“I enjoyed watching him sprint across the finish line after 3 long miles,” Jim Little, a Big Brother, said about his Little Brother, Julian. “We did a practice run the week before at a track near his house and then did the Country Run. For a 9-year-old who had never really run long distances, I was very impressed with his effort.” Julian received a hat and a backpack for joining in the run.

“We decided to participate since we both like sports,” Jim added.  “I think that we continue to strengthen our relationship by participating in activities that we both enjoy. We had lots to talk about on the ride home!”

Once the race was over, everyone was invited to stick around for the free, family-friendly Country Fair featuring carnival games, food, a beer garden and music performed by The Emotions.

The Corner Store Country Run is set to take place in 10 cities across the U.S. and Canada this year including Montreal, Syracuse, Denver, and Phoenix. In 2014, the run raised a net total of $1 million for Big Brothers Big Sisters agencies, as well as local children’s charities.

“I have participated in a number of fun runs over the years, and this was the most well-organized run, particularly for young participants, that I have ever run in,” Jim said. “We had a great time.” 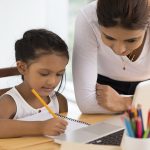 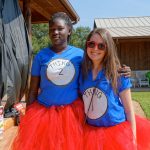