And they’re off! The starting line at Country Run 2014. (Photos by Ashley Landis/The DeBerry Group)

CST Brands, the parent company of Corner Store, wrapped up its first-ever 5K fun run series called the Corner Store Country Run – and they had some BIG success!

Overall, the Country Run raised a total of $1 million for Big Brothers Big Sisters of America and Canada, and other children’s charities. On Saturday, Nov. 17, Corner Store CEO Kim Lubel presented a check for an amazing $500,000 to BBBS of America and the remaining proceeds will go to various children’s charities in each city where a race was held.

The first Country Run kicked off in Montreal, Quebec on Sept. 13 and ended in San Antonio on Saturday, stopping along the way in Little Rock, Phoenix, Denver, Houston, Austin and Dallas. From beginning to end, the series attracted more than 20,000 particpants!

Did you go to the Country Run? What did you think?
[youtube https://www.youtube.com/watch?v=-F9fBaDZl6Q?list=UULuG500gnW3_pTQyjK-JZXg] 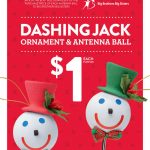 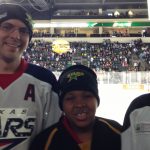