It could be Big Brothers Big Sisters of Central Texas’ longest-running match. It’s hard to be sure. What those involved can be sure of is the life-changing impact this match has had on both the Big, John Farnish, and his Little Brother, Fidencio Perez.

“I was about 7 or 8 when we were matched,” Fidencio said. “On one of our first outings we went to Peter Pan putt-putt golf and then to Sandy’s Frozen Custard Stand afterwards. I’d never been to either one, never had a dipped ice cream cone. That was a first experience for me and it was great!”

Fidencio was matched with John Farnish, an employee at Bergstrom Air Force Base. John grew up on the streets of Philadelphia until he got help from a local priest. He made a commitment then that if he ever “made it out” he would help someone else. Consequently, he became a Big Brother with Big Brothers Big Sisters.

As a Big, John asked to be matched with a child who “had a tough shot at life.” Fidencio’s circumstances were difficult. He had been exposed to drugs, alcohol and violence, and his home life was hurting his school work and negatively impacting his sleep. John and his wife, Dot, provided much-needed support and filled in a lot of the pieces missing in Fidencio’s life before they even had children of their own.

“In the fifth grade I was in a school play, and John and his wife were there. Soccer, he was at every game. Football, he was at every game,” Fidencio recalled. “I rarely saw my mom. I never met my dad. I was living at my grandma’s when we were matched. But John was always there.”

John encouraged Fidencio’s love of the outdoors and took him on camping trips. He even taught him how to fish, something Fidencio still enjoys today.

“I remember the travels, the places we went and the things we did,” he said, “but the things I remember most were our conversations. We talked about everything – girls, school, politics. And he listened.”

John offered Fidencio advice and suggested things he might try, something he still does today.

Yes, you read that correctly. More than 40 years later, this match is still active. These two men still check in on each other, and still talk about what is going on in their lives. They may only talk two or three times a year, but the bond established as a Big and Little is alive and well.

“I respect John with all my heart,” Fidencio said. “He took the place of someone who was never there.”

When Fidencio turned 18 he asked John how he could pay him back for all he’d done for him. “John told me that I couldn’t… that instead I had to help someone else. So I started looking for ways to give back.”

For the next 11 years Fidencio paid it forward. He helped start a youth center in East Austin where he worked with hundreds of kids impacted by local gangs. On one occasion he got John to help him and he gave his former Big a tour of the center.

A year or two later, when they had gotten together following the death of John’s wife, John reflected on the work Fidencio was involved in. “He said, ‘That program you showed me… How many kids do you help?’ I told him the number was over 700, and he said ‘Well, you’ve paid me back.’ He remembered that conversation we’d had when I was 18.”

Fidencio met his wife, Gloria, when they both worked at the youth activity center. She has since become a Big Sister herself: another example of how BBBS’ impact continues to expand and to ripple outward, with one life and relationship affecting another. Fidencio and his wife both experienced real-life struggles, he explained, which is why they both felt so committed to helping kids with difficult backgrounds.

“BBBS is an amazing program,” Fidencio continued. “It guides children to something better. In the community I grew up in, dads just weren’t at home. Having a Big Brother definitely changed my life.”

That Big – Little connection didn’t stop when Fidencio graduated from high school. For more than 40 years John and Fidencio have continued to be there for each other, through struggles and losses and good times as well. They recently celebrated the 90th birthday of John’s mother-in-law, who Fidencio got to know early in the pair’s match.

“John has impacted my life in a way I didn’t think possible, and I’m totally grateful,” Fidencio remarked. “My whole life is better because of his influence. I met him as a Big Brother, but he has become so much more.” 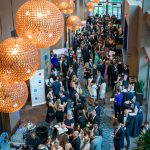 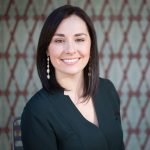