Kid of the Year Honors

Big Brothers Big Sisters of Central Texas has known for a long time that Little Brother Ian McKenna is special—however, the rest of the nation is now discovering this as well. This week Ian was named a finalist for the first-ever Kid of the Year award, a collaborative project led by Nickelodeon, Time Magazine, and Time for Kids.

Since second grade, the 16-year-old Little Brother has been recognized around town for making a difference in the Austin community by providing food for those in need through his local garden, but he is now being recognized at the national level. One of 20 finalists, Ian was selected following a nationwide search that received over 5,000 nominations.

“We are really shocked and a little overwhelmed,” said Sarah, Ian’s mother. Ian was first nominated for the award back in May.

The top five honorees from the list of finalists have been selected and will be revealed on December 4th as part of a TV special hosted by Trevor Noah (The Daily Show with Trevor Noah). The special will culminate with one honoree being designated the national Kid of the Year, which will include being featured on the cover of TIME magazine and in a companion story in TIME for Kids.  The show will be simulcast across Nickelodeon, CBS Television Network, TeenNick, and Nicktoons on Friday, December 4th, at 7:30 p.m. Eastern Time.

“As a finalist, Ian and his Big Brother Ryan were interviewed for the TV special,” said Sarah, “but that’s about all we can say until after the broadcast.”

How is Ian taking the news? “He’s such an aloof kid that it’s hard to tell,” said Sarah. “His community service work is something that is so ingrained in him that he doesn’t see the work he does as anything special or out of the ordinary. So, I think sometimes it’s harder for him to process.”

It is work Ian has been doing since he was eight years old, when he found out his sister’s classmate and family relied on school food as their only source of nutrition. “He learned that childhood hunger was a real issue that affected people he knew, and he wanted to volunteer to help,” said Sarah, “but he was only eight. So, he went to his gardening club advisor and asked if he could plant a garden at school to help feed his classmates. That started his nonprofit.”

Ian’s ‘Giving Garden’ provides healthy fruits and vegetables to students in need. His work has now expanded to include additional community gardens as well as a large garden at his home. Two weeks ago, Ian’s garden reached the milestone of having donated 20,000 lbs. of food to the community.

The Kid of the Year honor is a multiplatform initiative recognizing extraordinary young leaders who are making a positive impact in their communities. The TV special will introduce the top five honorees and feature guest stars from entertainment, sports, and pop culture who will help to celebrate their work before the Kid of the Year award winner is named.  Celebrity guests scheduled to make appearances include Kristen Bell, Simone Biles, Brie Larson, Zachary Levi, and Russell Westbrook, among others.

As part of the selection process, an advisory board made up of representatives from Nickelodeon, TIME, Special Olympics, Rosie’s Theater Kids, and Laureus Sport for Good Foundation USA reviewed the top 50 award nominees and narrowed the list down to the top 20 finalists. The top five honorees from this group were then selected with the help of an influential kid committee comprised of Dylan Gilmer (Tyler Perry’s Young Dylan), Chinguun Sergelen (All That), Little Chef Ivy (MasterChef Junior), Sky Katz (Raven’s Home), and TIME for Kids Kid Reporters Raunak Singh and Tiana Sirmans.

Each of the final five Kid of the Year honorees will receive a cash prize and the opportunity to serve as a Kid Reporter for TIME for Kids with exclusive access to a Nickelodeon event.  For additional information about the initiative and to learn more about the finalists, visit KidoftheYear2020.com

It is a lot to be proud of, although Sarah quickly admits, “I’m always proud of Ian.”

We are proud of Ian as well and so excited to see the award program on December 4th.

No matter what the awards show reveals, Ian is already a winner in our books. We are excited for him for having received this recognition, and we are deeply touched by his generous spirit, his humble heart, and his desire to serve the community. Ian is a great example of the power of young people to change the world, Little by Little. 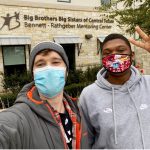 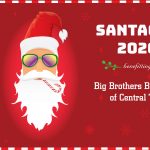