Making A Lifetime of Difference: The Gift of Motivation

Every Wednesday for the past three years, Brandon, a Big Brother, has picked his Little Brother, Connor, up from school to play basketball, go fishing, hit golf balls or just hang out. During these times, the two have discussed the importance of living with integrity and talked about Connor’s future.

Their time together has made a difference.

“Connor recently told me about two boys who got into a fight at his school,” Brandon explained, “And then he said ‘Don’t worry, those aren’t the guys I associate with.” It was confirmation that Connor was listening when Brandon told him that he could achieve whatever he desired in life and that he was in charge of his own future, but that the people he chose to associate with and the decisions he made would define him.

Today Connor is not only staying out of trouble and avoiding negative people and behaviors, he is making proactive choices to help himself and those around him…. choices that will have a big impact on his future.

“Connor is intentionally doing good things for other people and being more generous toward others,” Brandon acknowledged. “His attitude toward his school work and his academic performance have also changed.  When we first met, Connor didn’t see college as a possibility. After my wife and I offered to help him, he began to take his studies more seriously. He is now completing all of his assignments and turning in all of his homework.” With the help of his Big Brother, Connor is spending much more time thinking about, and working towards, a positive future.

“I know Connor is working hard to make good choices, and the more good choices he makes, the more opportunities he’ll have. His behavior and the way he handles himself have changed a lot since we were first matched,” Brandon explained. “He has really grown. I’m proud of him.”

Connor’s mom agrees that he’s had a stronger focus on his future as a result of his match. “Connor is consciously making the right choices now to set himself up for whatever he decides to do,” Lori said. “His relationship with Brandon has had a big impact.”

Children who participate in mentoring relationships through BBBS do better in school, adopt healthier behaviors, and plan to attend college at rates that are far higher than the national averages for their peers.

There are 600 children on our waiting list who are longing for a mentoring relationship that will help them succeed in life.

Your gift to Big Brothers Big Sisters has the power to change a child’s life for the better, forever.

Whose life will you change?

From now through the end of the year, all donations will be matched!  Please make your gift today to make TWICE the difference! 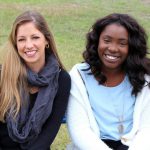 Making a Lifetime of Difference: The Gift of AmbitionBig Stories, Education, Little Stories 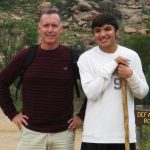 Making A Lifetime of Difference: The Gift of InspirationBig Stories, Little Stories