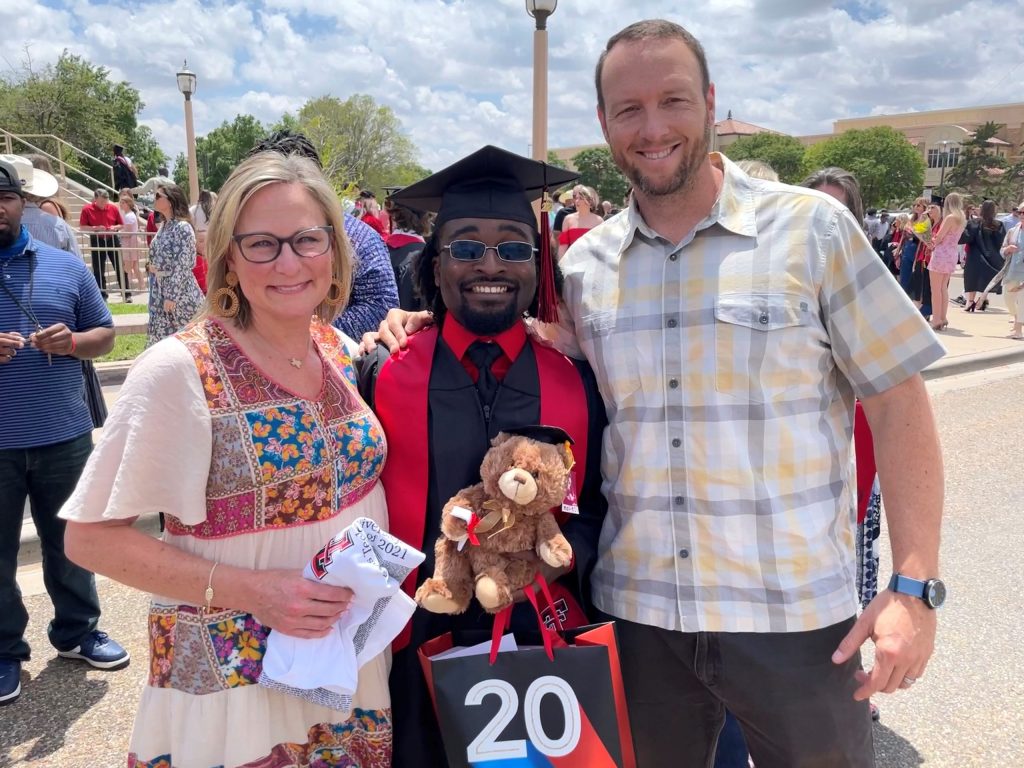 At this time of year, when students are graduating and moving out into the world on their own, we want to recognize all of the people who have an impact, both directly and indirectly, on these graduates, contributing to their journeys and success…. students such as former Little Brother De’Treon, who graduated from Texas Tech University this year.

“I was actually matched with his older brother, Davontea, back in 2005,” said former Big Sister Susan Stern. “Davontea was 10 and De’Treon was 9. De’Treon was the cutest thing, and I’d often include him in outings if Davontea didn’t mind. Though there were times when they each wanted one on one time.”

“From the moment I met De’Treon, he was so smart and well-spoken. He talked easily with adults, which is unusual for a 9-year-old,” said Susan. “I knew he could do anything if he had the right path and opportunities shown to him. It was the BBBS program that helped him see the importance of graduating.”

Though De’Treon had his own Bigs throughout his high school years, Susan stayed in touch with both boys. “I told Davontea that I would be in his life forever,” said Susan. “But when he was 13, I wanted him to get in line for a Big Brother because I wanted him to have a male role model for his teenage years.”

Davontea was then matched with Clint, and De’Treon with Mike, both of whom have stayed connected with the boys. Clint attended De’Treon’s college graduation as well. In fact, the whole family, and the boys’ Bigs – 17 people total – enjoyed spending time together after the graduation ceremony.

“It was really fun,” said Susan. “And I know it was a tremendous source of pride for his mom to see De’Treon graduate. I think it was not something she could ever have envisioned. When she signed the boys up to be matched, she just needed someone to come alongside her and help. She was wise enough to know she couldn’t do it alone.”

Davontea and De’Treon are very different, but each is successful in his own way. “I think being so different from each other drove them crazy growing up, because they had to share everything,” said Susan. “I am equally proud of Davontea. He is in Austin pursuing his music career and he is very talented. His song lyrics are poetic. Davontea has several years of college under his belt.”

De’Treon is the first in his family to graduate from college. He was recruited by a restaurant out of Durango, Colorado that has a program at Texas Tech. Following his graduation, De’Treon will be working as an assistant kitchen manager. “It’s a fantastic job with benefits,” said Susan. “And he has an apartment with a view of the mountains. Both of these young men are blazing new trails.”

Working with Davontea and De’Treon, and having the opportunity to become a part of each other’s families, has impacted Susan’s family as well. “It’s been life-changing for us. We love each other,” said Susan. “and we’re family. We get the opportunity to live out our belief in caring for other people. Don’t just say it, do it.” 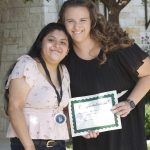