Across Two Generations: A Look at Mentoring’s Long-Term Positive Impact

It’s often said that a mentor makes a long-term positive impact on the life of a child. For former Little Brother Anson Wilkinson, however, this impact has influenced not only his own life. Its reach has extended into the next generation as a positive influence in the life of his daughter, and recently matched Little Sister, Azia.

Anson’s mother enrolled him in Big Brothers Big Sisters when he was a boy, not long after his father passed away. Having a Big in his life meant having a companion for playing video games and basketball, visiting museums and aquariums, and rooting for the Oklahoma State Cowboys.

“I felt like I had a friend of my own,” says Anson.

His Big also offered “little lessons that became life lessons,” he says, teaching him how to change a tire, mow the lawn and fix things around the house. Perhaps the most significant impact of having a Big Brother, however, was having someone to talk with about his future, his goals and his outlook on life.

“He helped me look at life from beyond my own perspective,” Anson says.

Years later, with his daughter struggling through a difficult transition of her own, Anson returned to Big Brothers Big Sisters—this time as a parent. He knew from his own positive experience, that a Big Sister could become another trusted person in Azia’s life– someone she could talk to and feel supported by.

“I wanted to give my daughter the same opportunity to have her life influenced for the best,” he says. “I thought this would be perfect.”

And just as Anson anticipated, Azia has thoroughly enjoyed being a Little Sister.

It’s been just a few months since their match, but Azia and her Big Sister Audrey have already enjoyed some classic summer activities together, like cooling off with sno-cones and visiting the bowling alley. They’ve also sought out some new experiences, including a visit to the Domain shopping center to sample a variety of international foods.

“Azia enjoys the friendship and social outlet she gets with her Big,” says her father. “They do fun things together, but they also confide in one another.”

Anson feels confident that Azia’s experience with Big Brothers Big Sisters will continue to have a positive impact on her life, both now and in the long-term—perhaps even into a third generation. 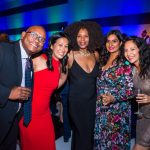 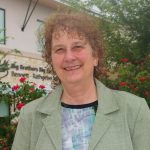