Sharing coffee and hot chocolate every Sunday. What a great way to begin a friendship. It’s a tradition that Big Brother Arkady and Little Brother Sincere have continued since they were first matched over a year ago. A simple tradition that exemplifies a key part of Big Brothers Big Sisters’ mentoring success for children – Bigs consistently being there for their Littles.

Arkady became involved in BBBS about a year after he relocated from Pennsylvania to the Austin area. “I realized that most of my life was in a pretty good spot where I could start focusing on giving to others in a selfless way,” said Arkady.  “I volunteered with numerous organizations, but the experience was almost always the same: show up to a location, perform some sort of good deed, leave. In the moment it felt like I was contributing, but the efforts were fleeting and didn’t have that long-term impact.”

“I talked to a buddy, who’s been a Big Brother for a number of years, and he casually mentioned his Little Brother. As he was talking about him, I thought he was talking about an actual sibling,” said Arkady.  “I could see how much he glowed in talking about the relationship. After speaking to him about his experience with BBBS, I was hooked.”

Arkady was matched with a shy, reserved 10-year-old who had not been exposed to many of the things the Austin area has to offer, nor to many activities young people often experience, such as riding a bike. “I’m an avid cyclist, it’s something near and dear to my heart,” said Arkady. “So, I recently taught Sincere how to ride. I loved the opportunity to teach a child how to ride a bike with two wheels. That was super special.”

The pair have also tackled rock climbing as a favorite outing. “Watching him go from being terrified of heights to not getting enough of being at the top of the wall, that was really exciting,” said Arkady.

Another area they’ve explored is the Zilker Botanical Garden. “One, he’d never been to any type of formal garden,” said Arkady. “And secondly, he’d never seen Koi fish. And that just surprised me so much. He asked, ‘Why are those goldfish so large?’ I’ve enjoyed getting to introduce him to these new experiences.”

The relationship has not only expanded Sincere’s world of experiences, it has also helped him develop the skills to handle the world around him. “A key focus in the match was getting Sincere to express his emotions. He is on the shy side,” said Arkady. “We’ve worked on helping him to put into words what he is feeling. Helping him to understand that if he’s upset, or if he’s hurt, or if he’s not feeling the best, that I and others can’t read his mind. We need him to use his words to express what he’s feeling.”

“I’ve tackled this by showcasing it. There have been times when we’ve hung out and I wasn’t feeling that great, things were not going well in my life,” said Arkady. “And I was just open and honest with him about it. That was an invitation for him to do the same with me.”

As a result, Sincere has been able to problem-solve situations at school. “He was having trouble with a math problem or a writing assignment and he was able to reach out to the teacher and his peers for help rather than just bottling it up and not getting anywhere,” said Arkady. “It is special to see that and to hear that from other people. Sincere no longer bottles up but rather finds ways to talk about his thoughts and feelings until the other person understands.”

“In my own life, I’ve noticed that I’ve become much more patient with all people, as I’ve learned it’s impractical to expect a child to be able to openly communicate and share all their thoughts and feelings with ease,” said Arkady.  “I’ve had to learn how to give Sincere both time and space to feel comfortable in sharing and realize that this applies to all people, actually.”

One thing that surprises Arkady? The excellent match that BBBS made. Arkady sees a lot of himself in Sincere when he was that age. “I look at him and think, I was the exact same way at that point in my life. I had the same thought processes going through my mind,” said Arkady. “So, I find it really easy to be able to relate to Sincere because I’ve been there. And I’m on the other side now so I understand where he’s coming from and what he’s thinking about. I’m sometimes shocked at how well we were paired.”

“Sincere has said several times that he is so glad he’s matched with me because the things we do are exactly what he’s interested in,” said Arkady. “He tells me that it’s super meaningful to have someone who is just there for him.”

“I just think this is a program more people should be aware of, and it starts out with one match like this where the Little and Big have such a positive experience,” said Arkady. “Sincere is going to grow up with a really positive image of volunteering and helping as he gets older. It’s just a positive perpetual cycle.”

Sincere is already taking those positive steps as he wants to grow up to be a heart surgeon and give back to the community. “He’s definitely going places,” said Arkady.

And, wherever their path leads, Arkady and Sincere are clearly enjoying the journey together. 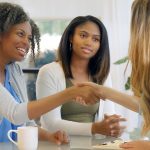 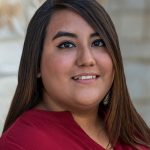