For over 50 years, Big Brothers Big Sisters of Central Texas has been helping kids in the community, and for almost as long, Bowl for Kids (BFK) has been raising funds to make it happen. This year, Bowl for Kids celebrates 39 years of making an impact, and one of the event’s early contributors, Joe Morales, remembers a funny incident as well as the amazing legacy this event has established.

A former Little Brother who also became a Big Brother, Joe participated in BBBS’ early BFK events. “I was a part of this from the beginning,” said Joe. “Early on, of course, you didn’t have all the automation, the email, and websites and such that exist today. We had these donation forms you had to fill out for the number of pins you knocked down.”

That’s right. According to Joe, every participant took pledges for the number of pins they managed to knock down through 3 games. “I worked at IBM at the time, and you would get people to pledge 5 or 10 cents a pin,” said Joe. “The high rollers would give you a dollar per pin, and we had to keep track of that and collect the donations once the event was done. It was like that for the first several years.”

This fundraising approach put an extra emphasis on getting as many strikes as possible, even beyond the normal bowling competition. But there was also additional pressure from the event’s emcee, local radio personality, Bob Cole. “There were a lot of prizes donated to the event,” said Joe. “It was all to get more people to participate in the fundraising. I think this was in the late 80’s, early 90’s, and at Highland Lanes as well.”

“At one point during the event, Bob Cole started going lane by lane, challenging the current bowlers that if they got a strike, they would get one of the really nice prizes,” said Joe. “So, there I am lining up my shot just as Bob walks up. He says, ‘If you get a strike right now, you’re going to win a brand-new bowling ball.’”

He still has that prize today. “I’d never had my own bowling ball,” said Joe, “and this one is a beautiful blue with white clouds. It has my initials. Every time I bowl, I remember that day.”

“Of course, the only thing is, it’s deceptive because people think you’re a good bowler,” laughed Joe. “Sometimes it’s kind of embarrassing because you have this nice bowling ball and you’re not a very good bowler. But at least I look good.”

In all seriousness though, Joe has always been one of BBBS’ biggest fans. “It’s been so exciting to watch the transformation of the organization,” said Joe. “From my time as a Little back in the 70’s, to watching it grow during my adult years; good grief, we’re talking 40 years here.”

Joe is not the only one. Bowl for Kids has a rich legacy of participants and businesses who have supported BBBS and this event consistently through the years – people who, year after year, have dressed in costumes, raised money, recruited others, and spread the positive impact of mentoring throughout Central Texas. Supporters who have kept the “having fun for a good cause” mantra alive and well in the community.

“You know, at one time this was BBBS’ largest fundraising event,” said Joe. “Everybody loves bowling, and you don’t even have to be very good. Bowling is all about camaraderie, even for those who bowl competitively in leagues. But especially at Bowl for Kids, it’s all about getting together with old friends and having a good time for a great cause.”

“Just carve out some time, put a team together, raise funds to support BBBS’ great work, and then come on out and celebrate,” said Joe. “Because at the end of the day, you’re going to have so much fun, you’re going to make new friends, you’re going to know you did something really good for a great organization, and that you helped a ton of our Austin youth.”

Bringing people together to make a difference. That’s what Bowl for Kids, and BBBS, are all about. 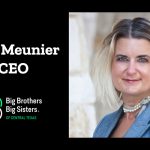 Getting To Know Our New CEO. A Conversation with Dr. Leah Newkirk MeunierBig Brothers Big Sisters profiles, Big Stories, From our CEO 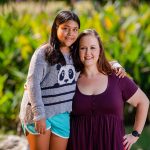