For over 50 years, Big Brothers Big Sisters of Central Texas has been helping kids in our community. Few exemplify this history and impact more than Joe Morales – a Little Brother, who ultimately became a Big Brother, and now, whose daughter, Christa, is following in his footsteps as a Big Sister as well.

“It was a total surprise,” said Joe, who has also served on BBBS’ Board of Directors. “She had talked about it for a long time but had never followed through on signing up. And I had kind of forgotten about her interest in being a Big Sister.”

One of the best parts? Christa told her dad about her decision to become a Big on Father’s Day. “She knows how emotional I get over things,” laughed Joe. “She loves getting me cards that make me cry because I’m just an ‘old softie.’ So, knowing that about her cards, I’ve gotten better at handling them over the years. So, I was reading this year’s card, and it was a nice card, but she also always includes a hand-written note. And this note said, ‘Hi dad, I thought you’d like to know I signed up to become a Big Sister.’ And she got me. I couldn’t hold back the tears of happiness. My heart was exploding with pride.”

Joe has been connected with BBBS of Central Texas since he was 11 years old, when he became a Little Brother. His mother signed him up at a time when he was starting to get rebellious and to act out toward her and toward authority figures. Joe credits his mom and his Big Brother with turning his life around. “I know how BBBS changes lives,” he said, “because I lived it. I know where I would have ended up without the organization.”

Christa has been around BBBS all her life as well and has heard her father speak about his experiences quite often. Joe became a Big Brother before she was born. “He will bring BBBS up every chance he gets,” said Christa. “He gets emotional, whether talking about his Big or his Little. And, just a few months ago, it hit me. I’m at a great point in my life where I have the time and the resources to be a Big. So, I wanted to continue the legacy.”

The two have been matched since September and, in that time, Christa has learned about one of her Little Brother’s favorite subjects – cars. “He loves cars,” laughs Christa. “When we’re riding around, he points out all the different cars on the road. He’ll say, ‘Oh, there goes a Tesla,’ or ‘There goes a Hummer.’ So, we talk a lot about cars.”

She’s also learned that her Little Brother has a competitive streak. “He’s very competitive, which I love,” said Christa. “We go out to kick the soccer ball around and he beats me.”

The two have also connected over golf. “I work at Top Golf and have gotten to take him out there,” said Christa. “My dad loves golf, and it’s so cool to now be teaching my Little Brother to play golf.”

Of course, it’s not only fun activities the two concentrate on. Christa also works to encourage her Little Brother with his schoolwork. “I struggled some in school,” said Christa, “so, when we get together, I always get him to tell me about something he learned at school during the past week. I really want to emphasize the importance of school, the importance of education.”

While Christa is working to teach her Little Brother, she remembers her father’s advice about being a Big Sister. “When I see my dad he’ll say, ‘Teach your Little things, and let him teach you things,’” said Christa.

And what does she enjoy most about her match? “It’s just the greatest feeling going to see your Little. Last week, I pulled up in the driveway at his house and he was playing remote control cars with his dad in the yard,” said Christa. “Then he looked up and saw me and he had the biggest smile on his face. He was so excited to see me and to hang out. It was such a great feeling.”

“I told Christa that there will be moments when this relationship will challenge her,” said Joe. “But that’s okay, because there will also be moments that are priceless.” 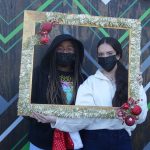 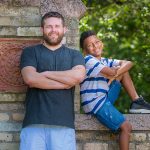