Where you’ll meet someone connected to BBBS.

Big Brothers Big Sisters is the perfect example of the Six Degrees of Separation rule, or the Six Degrees of Kevin Bacon game. The idea that all people are, on average, six, or fewer, social connections away from each other. Or, in our case, six connections away from BBBS. While this concept was originally set out in a 1929 short story, the idea is alive and well today as we regularly hear stories of BBBS connections… sometimes in the most surprising places.

“There are times I’ve just been wearing a BBBS hat or shirt somewhere and people will ask if I work at BBBS and say ‘thanks’ for the great work we do in the community,” said Brent Fields, CEO of BBBS. “I recall a time when my daughter, Chloe, was a patient at Dell Children’s Hospital and I was wearing a BBBS shirt. One of the staff there thanked me for our service and mentioned that her kids were Littles with us.”

Although she has only been with the organization a short time, BBBS President, Leah Meunier, experienced a BBBS connection right after it was announced that she had joined the agency. “It was on Facebook. I mentioned I was going to BBBS,” said Leah, “and Karli, who was the Creative Director for Kerbey Lane Café when I was with United Way, commented on my post that she’d had a Big since childhood.”

The connection surprised Karli as well. “It’s funny, because I’ve known Leah for years,” said Karli. “I worked for Kerbey Lane in the corporate office as head of marketing and managed a lot of volunteer events where I would see Leah, and she was always so friendly. So, when she announced her move to BBBS, I was like ‘OMG, that’s amazing! I’ve had a Big since I was 8 years old.’”

Similarly, BBBS board member Evan Spaulding, a former Big Brother, has discovered BBBS connections through business colleagues, and these connections have deepened his working relationships.  “I went to a trade conference a few weeks ago and ran into a colleague from Ernst & Young who I hadn’t seen for over 20 years. He was a partner at E&Y for 10 years and is the head of real estate services and a partner for Weaver,” said Evan. “Not only did we bond over our E&Y days, but I found out that he had also been a Big Brother for a few years, and it deepened our connection. It revealed an alignment of core values and mutual support for kids that we didn’t know existed until then.”

Albert Swantner, another BBBS board member and a former Big Brother of the Year, has also discovered BBBS connections through work. “Many times, I’ve had people at work who found out I’m on the board tell me they were also Bigs or have been Bigs at one point in their lives. It is amazing to see how wide the net we’ve cast is,” said Albert. “Recently, we hired a new employee and as we were doing our first one on one meeting, I mentioned BBBS as something I was involved in, and they mentioned that they were a new Big Brother.”

“Whenever I talk about my experiences with the agency there is always someone that is either a previous Big, current Big, or wants to be involved,” he added. “I did some volunteering with UT Austin, and we were just doing introductions. I mentioned BBBS as something I love and that I am involved with and, it turns out, one of the employees at UT who I was working with was a Big Sister too. It is inspiring to hear that!”

Brenda Lindfors, BBBS VP of Marketing and Communications, remembers a funny incident from a match photoshoot a few years ago. “One of the Big Sisters being photographed was running late, and when she arrived, she was laughing about a minor traffic accident she’d had on the way to the shoot,” said Brenda. “It turns out that she had been involved in a fender bender (no one was hurt) on the way to meet us, and in the course of exchanging information with the other driver, she mentioned that she was a Big Sister. To her surprise, it turned out that the other lady had also been a Big Sister and had a BBBS connection as well. It just goes to show that you never know who you’ll ‘run into’ who has a connection with BBBS!”

“While this is a funny example, these kinds of encounters happen frequently, and they are really wonderful. I sometimes think that there are actually only about three degrees of separation between people who have had an experience with BBBS. It’s a real testament to the depth, breadth, and impact of our program.”

It is wonderful to run into other people who care about, and who have been involved with, this mission. The number of lives the agency has impacted through the years is amazing. Finding that common bond is really special.

BBBS is truly an integral part of the community, as these stories show. Check within your own network. Do you have friends or associates who’ve been Bigs or who have been involved with BBBS in some way? If so, we’d love to hear your story! 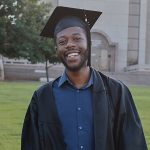 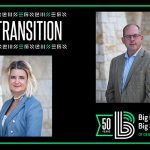