Dr. Brent Fields, Chief Executive Officer of Big Brothers Big Sisters of Central Texas, is leaving his position with the agency on November 15th to become the President and Chief Executive Officer of Morgan’s Inclusion Initiative in San Antonio where he will oversee planning, fundraising, and communications for the Morgan’s Wonderland family of inclusive endeavors for individuals with special needs.

“We are grateful for Brent’s 13 years of leadership at BBBS and his important service to this community. Brent has been a tireless champion for children and families in Central Texas, particularly those who are underserved. We know that he will continue to make a significant difference in his new role, and we wish him well. We are also excited to welcome Leah as the organization’s next CEO,” said April Justice, Big Brothers Big Sisters’ Executive Board Chair.

“As a former Big Sister, Advisory Council Member, past Board President, and member of the Executive Search Committee, I’ve been involved with Big Brothers Big Sisters for more than 20 years and have seen the agency grow so much during that time, impacting so many lives,” said Amy Jones, President, O’Connell Robertson.

“As we celebrate the agency’s 50th anniversary this year and reflect on the organization’s important impact and legacy, we are thrilled to look to the future and the opportunity to make an even greater difference in the years to come. The organization is in great hands, and we have bright days ahead,” said Jones. 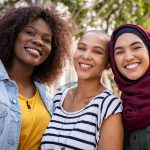 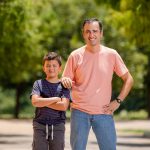 What Does A CEO Transition Mean For BBBS?Big Stories, From our CEO, News & Updates