In reflecting on his match, Little Brother Jestek says, “My Big Brother Jason teaches me way more than I know, as a kid.” And he adds, “Plus, you get a lot of special opportunities that you wouldn’t normally have.” Opportunities and knowledge that can change a child’s life for the better, forever, and provide the foundation for lasting success.

The two have enjoyed fun, competitive outings like going go-kart racing, where Jestek was excited to beat his Big Brother to the finish line. “That was okay,” said Jason, laughing. “I got him back in Disc Golf.”

But Jason was totally on Jestek’s side (which really, he always is) when he cheered his Little Brother on at a middle school football game. “I was ecstatic to watch him throw a game-winning touchdown pass as time expired in the game,” said Jason.

The pair have also used their outings for some practical learning experiences as well. “Some of our favorite times together have been in the kitchen. We have made everything from eggs and bacon for dinner, to homemade pizza from scratch,” said Jason.  “I have learned that Jestek is a much better cook than I am.”

Bigs also make a point of helping their Littles understand the importance of doing for others. “Jestek and I also enjoy the times we get to do selfless acts of kindness,” said Jason.  “Around Halloween we were able to track down Jestek’s great grandparents’ grave sites and used charcoal to do a gravestone rubbing on a large piece of paper. We then framed each rubbing and surprised his grandma with them. She still has them hanging in their house today.”

Such simple experiences may not seem earth-shaking, but for a child like Jestek, who is from a single parent household, they can provide a solid foundation for future success.  “I personally cannot believe that Jestek is only 14. He has grown to be wise beyond his years. He also has a heart the size of Texas,” said Jason.  “When I was 14, I was thinking of no one besides myself. Jestek’s selflessness is unlike any other child I’ve seen at his age.”

“Once, Jestek and I went to an arcade and won a TON of tickets. When it was time to turn those tickets into prizes, he only got a few things for himself,” Jason continued. “He then let me pick something out, and then he got some gifts for his older brother and two younger sisters.”

This selflessness and love of family has impacted Jason as well. “Spending time with Jestek and his family has reminded me to always put family first,” said Jason. “My immediate family is spread out across the world, but his family has accepted me as one of their own. It’s nice to have extended family so close and it reminds me to pick up the phone and call my own family.”

Your donations make relationships like these possible. Give today to provide more children with the foundation for lasting success. 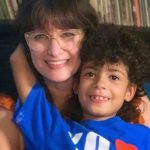 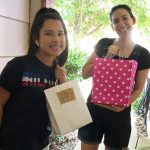