Karen & Syrianna: The Power of Connection

When thinking about mentoring, of Bigs and Littles, or mentors and mentees, it is easy to think of it in terms of teacher and pupil. What is often missed is the growth and change in the relationship that happens over time. Not simply an adult sharing wisdom with a child. Not simply a fun outing, or an interest in making crafts, but a relationship. A connection that evolves into two best friends who know they can trust and rely on each other. This was the case for Big Sister Karen and her Little Sister Syrianna.

When Karen was matched about a year and a half ago with her Little Sister who recently turned 14, their time together centered around hair, makeup, clothes, and doing their nails. They also enjoyed the outdoors and going on hikes. “We can divide our short time together into B.C. (before COVID) and A.C. (after COVID),” laughs Karen. “When we were able to meet in person, we did a lot of outdoor activities. We went to Hobie Day, which was really fun, and we enjoyed meeting other matches. We went rock climbing, and did pottery painting, because Syrianna is super creative. We would go for walks in the park. That was always our default if there was nothing else we wanted to do. We’ve also prepared care packages to give to people experiencing homelessness.”

“Since having to meet virtually, some weeks we just talk on the phone,” said Karen. “Other times we will do an activity together while talking. We’ve painted picture frames, worked on a bracelet kit, made cupcakes, cooked pasta. It’s been challenging, but we usually pick some activity we can be engaged in together and still catch up.”

Talking is important, as that is one of the main things that has changed during their relationship. On their initial outings they didn’t really converse, according to Karen. “Over time Syrianna has opened up,” said Karen, “about her biological dad, her sisters, and about how so much has changed in her life.”

Such conversation has also had an impact in other areas of her life. “She has increasingly taken ownership of her school performance,” said Karen. “In the first six months of our match, I was the one asking about her grades, and how it was going. But now she loves to share how she’s doing with me. She feels that sense of accomplishment, and she recognizes what she’s accomplished when she does well. Plus, she also tells me now when she thinks she’s not doing well in something.”

It’s trust that has been built week by week, outing by outing. “Syrianna is such a big part of my life. She’s influenced how I see the world, and how I interact with people. I see things differently now after seeing how she experiences things, and hearing her opinion,” said Karen.

“I get blown away every time I talk to her. I’m amazed that I can have a relationship like this. It is the most intentional relationship I have with anyone in my life. I cultivate it with such care.”

Though Karen was initially a little nervous about being a Big, feeling that she had to have all the answers, she soon realized that she didn’t have to “know everything.” Their relationship was not a one-way interaction with her imparting knowledge to her Little. “It’s really mutual. There’s learning and growth and trust that we share with each other. It is not one-directional at all, and I love that!”

She was also concerned about the time commitment of being a Big Sister. “I thought, ‘How am I going to make this work?’ I have so much on my plate,” said Karen. “But instead of more being piled on my plate, my plate grew. There’s a shift that just happens. I’m committed to honoring our time together. Syrianna is not someone I cancel on – it’s not an option.”

“There’s never been a better time to become a Big,” said Karen. “We need connection more than ever. Plus, one of the neatest components is it gives you access to your curiosity again. The playfulness and this really unique compassion that you develop that really doesn’t get developed otherwise.”

Karen’s and Syrianna’s connection also illustrates that the relationship is not limited to the match. Both have become connected to each other’s families. “You become a part of your Little’s family. Her younger sisters get so excited and always want to say ‘hi’ to me on the phone, or, when we were meeting in person, they would run to answer the door when I’d stop by,” said Karen. “They’re excited for you to be a part of their lives. It’s like a bonus family.”

Connections like this expand a child’s world, and give them the support they need to handle changes that come their way – whether it’s a pandemic, school challenges or simply life itself.

Your contributions make these relationships possible.  Thank you. 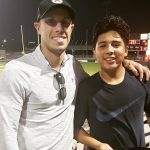 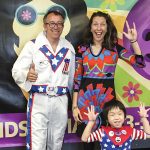