Joshua Is Waiting For A Big Brother

What is Joshua looking for in a Big Brother? “Basically, just someone who can throw and catch,” he says, matter-of-factly.

Joshua is a 10-year-old boy who loves sports and the outdoors. However, being an only child in a single-parent household, he is missing a male role model who could help him realize dreams and possibilities he has never even imagined. He is waiting for a Big Brother.

“Joshua is funny, smart, active and kind,” said his mom, Kay. “I see such potential for a positive impact from the right man who could be a friend and mentor to my son, helping him grow in new ways.”

Joshua is very bright, but like many kids his age, he sees academic pursuits as “nerdy” and uncool. “I hope a mentor can impact that part of his goal setting and vision for himself as well,” Kay added. “I hope that, ultimately, Joshua can seek to be both a scholar and an athlete.”

At this point in his life, Joshua focuses on football because that is the one area where he can consistently connect with his dad. Joshua needs a Big Brother who can offer support and expand his world view.

“A Big Brother would help build my confidence,” Joshua admitted.

His mother sees her son’s struggle and recognizes his need to connect with a constructive male influence. “I see it all the time in the ways he interacts with, and talks about, his science teacher, male coaches and more,” Kay continued.

Joshua dreams of fame, fortune and sports. He says he wants to be “an NFL star.” His mom finds the “star” part interesting because Joshua also enjoys singing and making people laugh. “I’m sure there are many things Joshua hasn’t even imagined that could be part of his life with the support of a great match.”

Joshua knows exactly how long he’s been waiting for a mentor. It turns out he’s been counting the months.

Joshua and his mom connected with BBBS after seeing the positive results friends and co-workers had experienced from being part of the program. Now they are waiting for that same positive impact in their own lives.

“The need is great and the opportunity to have a magnificent, lasting effect on a kid’s life is huge,” Kay said. “There’s no way to overstate that.”

By making a monthly gift to BBBS as part of our new Game Changers program, you can change a child’s – and indeed, a family’s – life for the better, forever. Your support will provide Joshua, and the other children on our waiting list, with the mentoring relationships they so richly deserve.

As a Game Changer, you decide how much you’d like to give, and that amount will be automatically and securely deducted from your account each month. Each gift will be gratefully received and carefully used to create more mentoring relationships for children in Central Texas.

Be a Game Changer.  Join now. 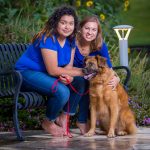 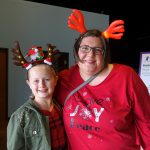