Children are resilient, but they can reach a breaking point. Alyssa is a 16-year-old who is the youngest of 4 children. After experiencing a series of tragic events, Alyssa was losing her way – until she was matched with a Big Sister.

“She was on the wrong path. She had lost hope. You could just see it in her,” said her mother, Stephanie, who pointedly admitted that she feared her daughter would end up in jail or dead.

The difficulties began when the family’s home was flooded and they had to move. Six months later their house burned down and they had to move again. Not long after that, the family suffered through yet another flood, all within a two-year period. Alyssa was in the house during the most recent flood and it terrified her. These events began to take a toll on the teenager.

“Her attitude changed and she acted like she didn’t care about anything,” her mother continued. “She was getting into fights and had to be transferred to different schools. She was climbing out of windows to run away from school. It was really bad.”

Things started to change about 6 months ago, when Alyssa was matched with Rebecca. The two had an instant connection. Alyssa had found a friend who could help her get back onto a positive path. “They were both very comfortable with each other,” Stephanie said. “They found it easy to talk to one another.”

Rebecca became a Big because she remembered her own mentors and how they’d contributed to her life. “I wanted to be that person for someone else,” she recalled.

As a Big, Rebecca had two goals. She wanted to be someone Alyssa could open up to and talk to in a way that she couldn’t with her mom and siblings. Becca, as the family calls her, also wanted to support Alyssa in a practical sense by encouraging her to graduate, to find a career and to succeed. According to the family, both goals are being met.

“Now, oh my gosh, how Alyssa’s changed,” her mother continued. “She volunteers at the animal shelter. She is in FFA, a leadership program, at school. Becca got her out hiking. She just has a better outlook on life.”

Alyssa’s grades have also improved under Becca’s tutelage. “Last year she failed several classes, but this year she’s passing all of her classes and has gotten A’s in some,” Becca explained. “I’m so proud of her.”

Becca and Alyssa both enjoy the outdoors and going on hikes together. “We also really enjoy food,” Becca laughed. “So, we will often go to dinner for our outing.” One new place that Alyssa seems to like is the Hit the Spot Café.

“She also really loves animals and once a month we volunteer at the animal shelter,” Becca added. “I helped her apply to volunteer and signed up with her, but she’s kind of run with it. She now goes to help out after school. It’s something that’s become a part of her life and that she’s doing of her own accord. It’s one of the things I’m most proud of her for. I could see her working with animals as a career.”

Having a career wasn’t something Alyssa had even thought about until the pair took a tour of Texas State University. “Now she’s started talking about going to college and life after high school,” Becca said, “and I don’t even bring it up. I get excited when I see her making such progress, becoming more confident and starting to make goals for herself.”

“Becca has opened my eyes and helped me to see that no matter where you come from you can always aim higher,” Alyssa explained. Alyssa would be the first in her family to attend college.

Her mom, Stephanie, agrees that Alyssa has a new attitude about her future. “Alyssa really looks up to Becca,” she said. “Now Alyssa tells me, ‘I know what I’m going to do with my life and I’m going to get there. I’m going to make good money, and buy a house. I’m going to be somebody.’ I have never heard her talk like that before.”

As Alyssa makes her way to the life she envisions, she plans on having her Big Sister Becca by her side. “Yes, we’ll be friends for life,” Alyssa said.

Becca agrees. “Alyssa is wonderful and I look forward to hanging out with her. I really want to see her through high school and support her next steps.”

Such support is not lost on Alyssa. She knows what her Big Sister is doing for her. “Becca is a wonderful person who has really changed me,” Alyssa added, “and I really do love her for that.” 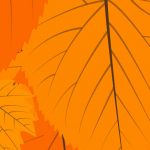 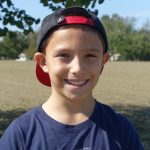