Kristie Gonzales on The Power of Mentoring

There are thousands of TV stations across the country, but only 16.5% of them have female general managers, and very few of them are minorities since less than 8% of all general managers are minorities. One of these talented women is KVUE-TV President and General Manager Kristie Gonzales. Kristie is a community leader who will tell you that her success is due, in large part, to having a mentor.

“Mentors have had a huge impact in my life,” said Kristie. “Those of us who are in leadership roles in this business have had a lot of people who have opened doors for us, lifted us on their backs, and made the difference in our careers. If I hadn’t had mentors early in my career, there’s no way I’d be sitting where I am today.”

Kristie started her professional life as a college student working as a production assistant for the local PBS station in Albuquerque, New Mexico. A straight-A student in high school, her favorite pastime was painting but she soon realized that that was not going to pay the bills. “I didn’t recognize my own potential. I was following the path of least resistance,” said Kristie.

“As a student, I wasn’t worried about money because I had a full scholarship, but then I graduated and started looking for a job. I’d always been interested in journalism and television, so I took a TV 101 class. The teacher was an executive producer at KNME-TV and he said, ‘You have a real knack for video editing.’ He then hired me for my first television job when I was 19 years old, and it was a paid position, which was rare. That experience was pivotal, and it is why I am sitting in the general manager’s chair now. Early on, someone saw a talent in me and changed my path forever.”

After graduating, Kristie got hired at a local news station in Albuquerque where she became one of the best editors despite facing enormous challenges in her personal life. At 23, Kristie left an abusive marriage. A few weeks after her divorce, her younger brother died. “At that point I felt like my life was over, not just beginning,” said Kristie. “To deal with my personal struggles, I worked. It was a distraction and it filled up my time. As a result, the station made me chief editor.”

Kristie’s editing skills ultimately took her to one of the strongest TV stations in the country, WPVI in Philadelphia. She was hired for her production skills, but needed to write for the promotion department as well. “They didn’t know I couldn’t write,” laughed Kristie, “because I told them I could. I just had to figure it out on the job. I had to have some confidence to be able to do that, and I think it came from surviving some of the violence I experienced growing up. Those early struggles taught me that I could survive, and even thrive.”

It was in Philadelphia that Kristie connected with another mentor who influenced her career. “The general manager there, Rebecca Campbell, is someone I looked up to,” said Kristie. “I finally had a chance to have lunch with her and I said, ‘I want to find out how you became a general manager. How did you get to where you are in your career?’ Rebecca then took me under her wing and became my career sponsor for the next 10 years.”

As Kristie climbed the corporate ladder, Rebecca gave her a challenge. “She said, ‘You know what I did for you. Now, go and do that same thing for other women and minorities.”

It’s a challenge Kristie took to heart. Looking back at her high school years, she says she didn’t realize that she needed to maximize what she was learning in school. She didn’t know what she needed to do to succeed. It’s why she sees such value in mentoring today.

“In order to develop your own potential, you need to have conversations with people who can teach you how to get to where you want to go and who can show you new paths.”

“That’s why BBBS is so important,” Kristie continued. “BBBS exposes kids to different lifestyles and to new opportunities, and that is huge. Otherwise, kids have no idea that life can be different from what they experience every day.”

Kristie is quick to point out that mentoring is not a “taking,” but rather a reciprocal, relationship. She encourages young people in mentoring relationships to do their homework, to identify goals and to try to be specific about what they want to achieve. “When you’re younger, just being exposed to different paths that are open to you is important,” said Kristie. “For instance, it’s important to understand that you may start a media career as an editor, but that you don’t have to be an editor forever. You can become the news director or the general manager one day, because the people in those roles started out in the same place you did. But you wouldn’t necessarily know that without having someone there to show you what you are capable of and how to get where you want to go.”

Kristie also encourages kids to ask adults about their lives and careers. “If you see someone doing something interesting, ask them how they did it. Be curious and interested in the people and the larger world around you. You never know what kinds of doors your questions might open.”

Even though she is currently a general manager, Kristie is still working with mentors in the media business and still has goals to achieve. “My CEO is now mentoring me,” said Kristie, “because I’ve told him that I want to be a CEO one day.”

Being responsible for the ins and outs of a TV station is a demanding position, but Kristie says she handles it by having a good circle of friends and by giving back to the community and mentoring others, which is where her kinship with BBBS surfaces. Kristie will be speaking to BBBS’ high school graduates and incoming freshman as the keynote speaker for the agency’s 2018 Promising Futures Scholarship Ceremony on June 16th.

“I’m very excited to share my story at the Scholarship Ceremony,” said Kristie. “I feel a connection with Big Brothers Big Sisters of Central Texas. I grew up in a difficult, and often violent, household. I know what it’s like to face hard circumstances and to have to figure out how to survive and thrive. That’s when mentors can make the greatest difference and offer hope.”

Kristie was able to find hope and strength despite her struggles. And, with the help of her mentors, she developed survival and work-related skills that have helped her later in life. “In this industry you have to have a strong voice,” said Kristie. “As a child, I developed a strong voice in response to the violence I saw at home. I have turned that into a gift because now I’m not afraid to be on stage, to face a room full of people, or to fight against social injustice.”

“I refuse to be limited by my past. And that keeps me pushing forward and sharing my story.”

And, as Kristie continues to move forward in her own life and career, she is committed to making it possible for others to do the same. 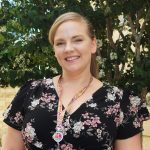 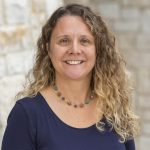