“The great use of life is to spend it for something that will outlast it.” – William James

What will be your legacy? What is your life’s theme or calling? For Laura and Kyndel Bennett, Big Brothers Big Sisters mentors, leaders and benefactors, their life’s passion and legacy are about giving back to the community. Their commitment to giving was recently recognized when the couple received the 2019 Outstanding Philanthropists award given by the Association of Fundraising Professionals Greater Austin Chapter.

“The award means a lot. It’s nice to be recognized,” said Kyndel, a former chair of BBBS’ Executive Board and chairman of BBBS’ 2016 campaign to build the Bennett-Rathgeber Mentoring Center; a building in which Kyndel has not only served as a leader, but one to which he and Laura were major financial contributors.

“We’re extremely proud of the new building,” he said. “I believe it will take BBBS to the next level by increasing the agency’s capacity to serve more kids in our community.”

“We don’t do what we do to win awards,” Kyndel continued. “We do it because we love this city and community. We have been blessed financially, and we want to give back and help others.”

Their philosophy of giving began when the couple was first married and made the decision to give away 10% of their income each year. “I remember when Kyndel first laid this all out,” Laura laughed. “I said, ‘We’re going to do what?!’ I thought it was insanity,” she admitted. “But giving back is a learned thing. You have to come to the realization that ‘Yes, we do have enough to give, and it is going to make an impact in the world.’ And, the truth is, the easiest way to make an impact in the world is to fund an organization that has already figured out, and that is doing, the work that needs to be done.”

The Bennetts give not only money, but time, to local organizations as well. “Mentoring people has been a theme in Kyndel’s life,” Laura added. “In college he was mentoring fellow students. Then he mentored people at the office.”

“I had a lot of great mentors growing up, and still do today,” Kyndel explained. “So, I value the whole concept of mentoring. I know what a difference it can make.”

It’s no wonder then that Kyndel got involved with BBBS at a young age. He became a Big Brother right after completing his studies at the University of Texas at Austin. “Being a Big was a great experience,” Kyndel said. “I always say that I got more out of it than my Little Brother did.”

Following their undergraduate work, the Bennetts moved to North Carolina where Kyndel attended business school, and then took a job in Raleigh. They became connected with BBBS once again when Kyndel was asked to serve on the local board, and ultimately oversaw a merger between the Raleigh and Durham BBBS agencies.

“Later, after we had returned to Austin, one of the North Carolina BBBS board members ran into a BBBS of Central Texas board member at a national conference. They said, ‘Hey, you need to get Kyndel involved in the Central Texas agency because he’s not doing anything,” Kyndel laughed. “So, I became part of the BBBS board here in Austin.”

A few years later, Laura and Kyndel met Sara and Dick Rathgeber, and they joke that their connection with the Rathgebers ‘turned everything upside down.’ “I had read Dick’s book on philanthropy, and asked to meet with him,” Kyndel said. “We ended up talking for 2 to 3 hours, and we really connected. We were talking about giving back and Dick said, ‘It’s not your money or my money, we’re just stewards of it while we’re here on earth.’ And that has always resonated with me… the notion that we need to steward what we’ve been given to the best of our abilities.”

“Dick’s done so much for this community. It’s fun to watch and learn from him. He’s been a great friend, business partner, and mentor,” said Kyndel. “Dick likes to quote Bob Buford in saying ‘You spend the first half of your life trying to be successful, and the second half trying to be significant.’ I have really taken that to heart.”

Laura and Kyndel have been significant to BBBS in many ways. In addition to their board service and financial contributions, they decided to become a Big Couple to a Little who was between the ages of their two children. “We included our children in the mentoring relationship,” said Kyndel, “and it was a lot of fun. They learned about how BBBS works and they experienced the importance and impact of giving back.”

BBBS is not the only beneficiary of the Bennett’s tireless commitment to the community. The pair are involved with numerous community organizations and boards. Laura works with The Jeremiah Program, she and her dog volunteer as a therapy team at Dell Children’s Hospital, and she is beginning a new initiative aimed at improving early childhood education for low-income children. Kyndel works with the Colorado River Alliance, the Barton Springs Conservancy, and the Salvation Army, in addition to BBBS. Their activities are a testament to their philosophy of leaving the community in better shape than they found it.

“When I think of this award, the one thing I hope it does is to help people understand that you don’t have to be a John Rockefeller to be a philanthropist,” said Kyndel. “You just need to give your time and some of your resources. It doesn’t have to be a lot. Just make a difference, and you’ll find it’s extremely rewarding when you do.”

They stress that any dollar amount can help. “Sometimes, when a group is trying to raise $2 million and you only have $25 to give, it can seem overwhelming,” said Laura. “And you might think, ‘What’s the point?’ But when you look at the numbers, lots of fundraising campaigns are comprised of 2,000 twenty-five dollar gifts.”

Laura also emphasizes the importance of being intentional with donations. “People get asked for money all the time, and there are a lot of great causes out there, but put some thought into what really matters to you and where you want to make an impact.”

Laura and Kyndel will be recognized at the annual Philanthropy Day Awards Luncheon hosted by The Association of Fundraising Professionals Greater Austin Chapter (AFP) on February 14, 2019. There, they will be presented with the Outstanding Philanthropist award which is given to an individual, couple or family with a proven record of exceptional generosity who, through direct financial support, has demonstrated outstanding civic and charitable responsibility, and whose generosity encourages others to take philanthropic leadership roles in the Greater Austin community.

It is appropriate that former winners of this award include Laura and Kyndel’s mentors, Sara and Dick Rathgeber. 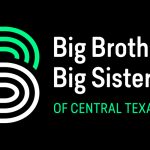 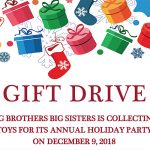