The numbers tell an impressive story at Big Brothers Big Sisters of Central Texas. Ninety-eight percent of BBBS’ Littles maintain or improve their grades in school, and 82.6% plan to attend college – almost twice the national average. Beyond the numbers and more important however, are the personal stories that support these facts – stories about matches like the one between Big Brother Cameron and his Little Brother Elian.

The pair have only been matched for about 10 months but there is already a strong bond between them. “I really didn’t know what to expect coming into this program,” Cameron admitted. “I was pretty nervous, but what surprised me was how quickly I became immersed and attached to Elian. After only a couple of hangouts, I genuinely began thinking of him as my younger brother. Granted, that’s not hard when you have someone as likable as Elian as your Little, but the depth of our match is far greater than I ever anticipated.”

Though Cameron is quick to deny credit for it, the fact that Elian’s academic performance has improved two letter grades since the match began is indicative of the positive impact of their relationship. “I’m incredibly lucky to be matched with someone who, when he puts his mind to something, goes above and beyond to get it done,” Cameron explained.

“That said, the importance of his education is always top of mind when we hang out together. We always spend the first part of our outings discussing how school is going, what’s going well for him, what’s challenging him, and anything else he might want to share about his day-to-day,” Cameron continued. “He wants to go to college, and I know he’ll do very well there. I just like to remind him of the importance of keeping his nose in the books if he’s going to do what he wants to do.”

One outing that reinforced Elian’s interest in college was a trip to see the 2016 U.T. vs. Notre Dame football game – a “nail-biter” of a contest. “Oh, it was unbelievable!” Cameron exclaimed.  “Elian had never been to a college football game before, so I made sure we got there a couple of hours early to walk around. I’ll never forget how many times he simply said, ‘I can’t wait to go to college.’”

Though that experience was exciting and eye-opening, it’s not the only educational experience Elian has had since becoming a Little Brother. “One of my favorite activities was rock climbing,” Elian said, “because it showed how we needed to rely on each other to succeed.”

In addition, since Elian is taking culinary arts classes in school, Cameron took him to a “How to Cook” workshop at Whole Foods. “It was great!” Elian said. “They showed me how to cut stuff and how to use the blender right. I learned how to make hummus. I love hummus now.”

Because of that experience, should Elian not get a basketball or football scholarship to college, he may turn his attention to culinary school and become a chef. He has an interest in owning a restaurant like his uncle does.

Elian and his siblings live in a single-parent household. Though there were male figures in his life, his mom, Bridget, felt that he needed a Big Brother. “He was at that teenage stage where he was not listening. He’d get angry. Since being matched, he’s become more positive and focused.”

“I was doing some stuff I shouldn’t have been doing,” Elian agreed. “I’d probably still be doing those things if it wasn’t for Cameron. He’s just such a cool guy. No matter what I’m going through, he’s so easy to talk to.”

“I think the world of Cameron,” Bridget said, “and so does everyone in our family.”

Meeting the rest of Elian’s family was a memorable experience for Cameron. “Elian and his mom were kind enough to invite me to their family reunion last year, and I had a blast!” Cameron said. “Family reunions are a foreign concept for me as I only have my siblings and parents, so I had no idea what I was getting into. After getting there and meeting everyone, my anxiety was completely washed away. Elian’s family was incredibly welcoming and the food was unforgettable. It was such a fun day. After that, I wanted to make sure Elian had a chance to meet my parents when they came to visit me in Texas. We had dinner together at The Olive Garden. Now, whenever my mom sends me a care package, she includes extra goodies for Elian too.”

Cameron decided to become a Big Brother because he wanted to give back to the community instead of focusing only on himself. He remembered how he had looked up to his older siblings, and he wanted to have the opportunity to be a role model for someone else. “Elian is a teenager and, while our experiences have certainly differed, there are still a lot of common themes that I can offer insight into.”

There are also some differences that can sometimes present challenges. “As much as I like to think I’m in touch with trends these days, I can’t help but feel like an old guy when Elian talks about what he and his friends are up to,” Cameron laughed. “High school has definitely changed since I was there, especially with all the technology and social media that are part of our culture these days. At the same time, a lot of the major aspects of Elian’s experiences are similar to things I was exposed to in high school.  Finding a way to communicate that without sounding outdated has been a unique, but fun, challenge.”

The educational benefits of this match work both ways. “The past ten months have exposed me to so many new experiences, and I’m very lucky to have an appreciative, kind, and fun Little Brother to share them with,” Cameron said. “When Elian tells me about his struggles, I want to help him. And when he shares good news with me, I’m genuinely proud of him and love helping him celebrate.”

Lately, there has been a lot to celebrate. In addition to having improved two letter grades in school, Elian recently received an academic award as well.

“Elian is an incredibly thoughtful, funny, and confident young man. He has the ability to light up a room with his wonderful personality, but at the same time, he possesses the maturity to ensure that those around him are taken care of. No matter what he chooses to do, I know he’ll do well,” Cameron concluded. 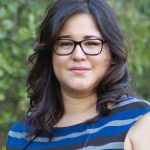 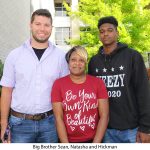