Big Brothers Big Sisters is all about relationships. For over 50 years, we have worked to facilitate nurturing, positive relationships between kids and adult mentors. But there’s another relationship in the mentoring process that is equally important, the relationship between BBBS and our Littles’ parents or guardians.

“Partnering with the families of our Littles is such an honor,” said Joe Strychalski, BBBS VP of Programs. “All parents want to provide the best opportunities they can for their kids and the parents of our Littles entrust us as an organization to join them in this goal. It is why parental support is so critical to the work we do.”

In establishing rapport with parents, it helps to be clear about the mentoring process from the beginning. “We want parents to be as engaged in the process as possible,” said Ana Rodriguez, BBBS Program Coordinator, “and aware of everything that is going on with the match.”

“I first explain how the match relationship works,” said Ana. “What it is, what it looks like, and their role. At the very beginning, I address the parents’ main concern, which is to make sure their child is safe. I explain about our background checks, how we train our volunteers, and the safety measures we take in the enrollment of our volunteers (Bigs).”

Relationships don’t just happen, and BBBS’ Programs team works hard to prepare all involved in the match from the very start, because each role is so important to its success.

BBBS is currently preparing a Parent/Guardian Safety Training that will be implemented in the spring. This program will only be available to parents due to the sensitive nature of the content. It is intended to help parents recognize early warning signs regarding their child’s safety, and to help them understand the measures BBBS takes to ensure the safety of every child in our program.

The Programs team also offers a Parent/Guardian Orientation in both Spanish and English that details how BBBS’ match program works.

“These programs will be offered at the very beginning of the enrollment process,” said Ana, “Even before parents and guardians are interviewed and accepted into the program. During the interview, our Enrollment Specialists try to find out what needs the child and family have, and things they might be worried about, so we can address them.”

“Once a match is found for the Little, the Enrollment Specialist tells parents all about their future Big before they officially meet,” said Ana. “That way they have time to think about the match, and make sure it is a good fit for their child.”

“We work to make sure that the child’s parent or guardian is comfortable with our process at any and every point,” said Ana. “And, if there’s any way we can make them more comfortable, we do.”

“For example, some parents are hesitant about one-to-one mentoring, so we ease them into the process. We suggest they start the match with an outing that is close by, like in a nearby park or even a walk in their neighborhood or apartment complex,” said Ana.

Parental partnership extends to the parents’ relationships with their child’s Big as well. Bigs are instructed to keep parents in the loop regarding any activities they plan with their Little. “Bigs are always encouraged to include parents in group texts, to keep everyone on board for each outing, or even virtual interactions,” said Ana. “There’s no such thing as overcommunicating with our parents.”

How do the parents feel about all this?

“You guys are amazing,” said Yhameilah, whose son, SirJonah, is a Little Brother. “My son was having some slight behavior problems in school because he had tubes in his ears as a young child. It was like he was hearing underwater. Since being matched, SirJonah is doing well in school. He won an award for being a good role model, he’s won penmanship awards, and he scored 100% on his spelling tests. It’s because his Big Brother Travis has been helping him.”

“I wanted my son to have a male role model,” said Yhameilah. “I was at ease the first time we met Travis. He is laid-back and is very open in talking with my son about his own life.”

“SirJonah has always been interested in New York,” said Yhameilah. “I don’t know if it’s the music, or why, but he loves New York. Well, guess what? Travis is from New York.”

“Travis is always on time, and he shows up exactly when he says he will. But if he can’t make it, he always lets me know,” says Yhameilah. “He keeps in touch with me about my son and is so thoughtful, sending texts asking how SirJonah is doing. He’s just awesome. I couldn’t ask for a better choice.”

Reaching out to one another, communicating well, and offering mutual support and appreciation helps parents and Bigs build trusting relationships. Littles benefit from this as parents and Bigs become even stronger allies and partners in supporting their well-being.

When parents enroll their children in our program, they invite us into their lives and trust us to make their child’s well-being a priority. At BBBS, we do not take this trust lightly. It is a privilege to be part of helping children reach their true potential and we understand that parents and guardians are essential partners in achieving this goal.

After all, when it comes to the well-being of our kids, we’re all in this together. “It does take a village,” said Ana, “and each person plays an important role in helping a child succeed.” 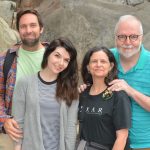 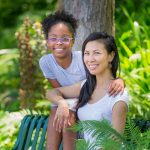 CEO Message of ThanksgivingBig Brothers Big Sisters of Central Texas, From the CEO