This month we’re celebrating the one year anniversary of Beyond School Walls (our workplace mentoring program) with our partners at Rackspace and AISD! It feels like yesterday that Beyond School Walls (BSW) launched with a goal of providing middle school students with workplace exposure, career and college awareness, and a post high school plan. In other words, it’s still one-to-one mentoring, but each match spends their time at the Big’s workplace (in this case, Rackspace)!

Last year, Rackspace employees cheered as the school bus pulled into the parking lot. Little Brothers and Sisters were visibly excited to embark on their first meeting as they entered the fun and vibrant Rackspace building, complete with game room.

Today, there are more than a dozen AISD students enrolled in the BSW program, with a mix of both 7th and 8th graders. Every Little is bused to the Rackspace office, where they enjoy activities with their Bigs – including ping pong, foosball, crafts and much more.

Big Sister Courtney says her experience as a mentor has been “incredibly fulfilling”.

“My job at Rackspace took on a whole new meaning when I joined the program. It wasn’t just about my individual contributions to the company or my regular 8-5 anymore,  it became more about how Rackspace can impact a child early on and the fact that I am lucky enough to drive that influence,” Courtney says. “As a mentor we were told that we could have a big impact on our Littles, but in fact, my Little has had a tremendous impact on me in so many ways and that is simply invaluable.”

New this year, the program has also expanded to include a new feature: Bigs can now visit their Littles during  the school lunch break! This means they’re meeting twice as often, in both an office and educational environment.

Little Brother and Big Brother enjoying some foosball in the Rackspace game room!

These outings will introduce Little Brothers and Sisters to work environments and potential  career paths, and help them gain an understanding of the educational requirements, and life skills needed to achieve their own professional success.

Here’s to another great school year and a wonderful partnership with Rackspace and AISD! 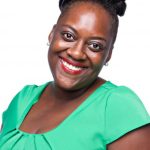 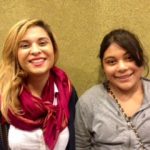