When Ashley and Justin Yarborough agreed to be the Chairs for Big Brothers Big Sisters’ 2018 Ice Ball gala, it was a fast response that had been building over a lifetime. The lifetimes of three people, actually – Ashley, Justin, and Justin’s Little Brother, Jermaine.

“When Brent Fields approached us about chairing the 2018 Ice Ball Host Committee, it was a quick ‘yes,’ but it wasn’t,” Justin said. “For a long time we’ve wanted to have as big an impact as we can with BBBS. I think about the mark BBBS has made on me, and on us as a family, and about how much the agency has contributed to our understanding of ourselves, our city, and how to give to our community. We wanted to find a way to do more.”

BBBS made its mark on Justin when he was in his early 20’s and freshly returned to Texas after stints working in eco-tourism in the Brazilian rainforest and in financial services at Morgan Stanley in New York. He had relocated to Austin to work at the Capitol and was looking for an opportunity to connect with a local nonprofit. “I was a self-absorbed, 25-year-old,” Justin laughed. “BBBS was a breath of fresh air.”

Justin was matched with a 9-year-old Little Brother, Jermaine. And 13 years later, the two are still close. Jermaine even served as a groomsman in Justin and Ashley’s wedding.

“I grew up in West Texas, near the border,” said Justin. “Like Jermaine, I was raised by a single parent. My dad left home when I was 8 years old. The first summer Jermaine and I were matched was so powerful for me, and I’ve learned so much from him. We could identify with each other right away because I had to assume the role of ‘man of the house’ at an early age, and Jermaine has had to grow up faster than many people his own age as well.”

Justin and Jermaine’s match also made an impact on Ashley, especially early in her relationship with Justin. She jokes that Justin and Jermaine were “testing” her when she traveled with them to West Texas to meet Justin’s family for the first time. “Justin and I had only been dating for about three months when we got into a car in Austin, along with Jermaine and his four siblings, and traveled six and a half hours to the ranch,” said Ashley.

“We were traveling to spend time with my family,” Justin added, “and as a Big Brother, my ‘family’ was extended, so it was only natural for Jermaine and his siblings to be there.”

That trip is one of many special experiences Ashley, Justin, Jermaine, and Jermaine’s family have shared over the years. “To think of all that has transpired since that day,” said Justin, “is just astounding.”

Justin and Ashley met when he was in law school and she was the reigning Miss Texas. Ashley grew up in Pennsylvania, but moved to Texas when she was in high school and fell in love with the state. “As Miss Texas my duties included visiting schools, and I came to recognize the need for kids to have people to look up to and to engage with,” said Ashley. “That helped me understand Justin’s desire to be a Big Brother.”

That understanding deepened at Ashley and Justin’s wedding. “Jermaine’s family was at our wedding rehearsal dinner,” Ashley continued. “They had been a little uneasy about it before that night, but then Jermaine and his older sister got up on stage to share their love and adoration for Justin and they were both in their element. Everyone was blown away by their sincerity and warmth.”

“It was a powerful moment,” Justin agreed. “By that point all of our friends knew Jermaine and his family, and they all doted on him. Jermaine has been an important part of our lives.”

It’s a relationship that has had a profound impact. Ten years ago, Justin’s younger brother, Taylor, passed away. “There was a moment after the burial when Jermaine and I looked at each other and he said ‘Hey, I’m your Little Brother. I’m here for you,’” said Justin. “That meant a lot.”

Unfortunately, it was a moment that was destined to repeat itself as Justin lost his sister, his mother, and his father over a two-year period. “In a short time, my biological family of five was reduced down to just me,” said Justin. “Having Jermaine there was important. There’s a unique part of our relationship that has always been a source of strength for me.”

“It wasn’t always easy, but Jermaine was always there… through the good times and the bad.” Ashley added.

Justin and Ashley reflected on the joys and sorrows they have shared with Jermaine as they scrolled through a digital album of photos that included everything from Thanksgiving dinners, to Easter celebrations, a ski trip, Jermaine’s and his siblings’ first experience with snow, ballgames, graduations, and more. “We’ve done a lot of life together,” said Justin.

It’s this “life” experience with mentoring that inspired Ashley and Justin to play such a major role in the upcoming Ice Ball gala. The couple had just welcomed their infant daughter Ava into their lives at the time of last year’s gala when they agreed to become the 2018 Ice Ball Host Committee Chairs. “The Ice Ball does such a great job of connecting BBBS’ mission to the crowd,” said Ashley. “There are a lot of great events in Austin, but every time I leave the Ice Ball my heart is on fire for the mission. I hope that we can be part of making people feel connected to the agency and the important work it is doing.”

“There are so many kids born into adversity and challenge,” said Justin. “There’s such a need in our city for those who are capable to engage with those who have less, and to engage in such a way that these kids know they are not just important to the city, but that their talents and contributions are essential to it. I believe in mentorship. I want people to know that it doesn’t take much to change someone’s life.”

Ashley and Justin have seen first-hand the difference mentoring can make. It is why they hope this year’s Ice Ball will be another high-water mark in BBBS’ history.

“I don’t think Jermaine or I will ever let the other get too far away from our relationship. I came in to the relationship as a Big Brother thinking ‘I’m going to impart so much wisdom on this young fella, all the valuable lessons I’ve learned,” Justin laughed. “Turns out, he taught me a lot more.” 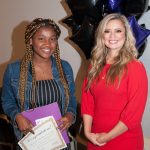 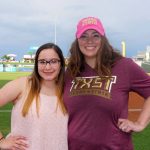