Dale Murphy on Bowl for Kids

Dale Murphy is another long-time bowler and supporter of Bowl for Kids. We recently sat down with Dale to hear more about his involvement and his advice for others.

When and how did you get connected with Bowl for Kids?

After becoming a Big Brother in 2005, I attended a couple of BBBS events and was asked whether I was interested in becoming more involved with the agency.  Bowl for Kids sounded like a great fit, and I joined the organizing committee for the 2006 event.

Why have you participated for so long?

The first year I participated (2006), I recruited several friends/colleagues from my industry (the American Society of Civil Engineers – ASCE), and folks from a young professionals group I was active in, not really knowing what I was getting us into.  Turned out the event was a ton of fun, was super easy to do, and I was pretty dang excited that the teams I recruited raised over $14,000 that year!

With that first bit of success, I felt encouraged to try a bit harder to get the ASCE members and companies more involved, as it really benefited both BBBS and ASCE.  We turned it into a fundraising competition among the various engineering companies, and with word of mouth from those who had already participated, it really started to take off.  On average ASCE gets 20+ teams and 100+ participants each year, most of whom are folks who come back year after year.  I can’t imagine anything else I could be doing that would have such a positive return.

Why do you feel the event is so important?

The event is a great way for people who might be younger or who are not in the financial position to be donating significant sums of money themselves, but who are passionate about BBBS and its mission, to have a positive impact on the organization.  Through a little bit of work recruiting folks and fundraising you can really make a big difference, and you get to have a blast doing it.

What would you want people to know about this event?

First, absolutely NO BOWLING SKILL is required! The bowling is just for fun and your score doesn’t matter in the slightest…That is pretty much always my first line when I try to recruit folks.  Second, it is shockingly easy to fundraise for this event, and most everyone far exceeds the goal with minimal effort.  Last, get your team to dress up according to the theme of the event. Costumes are a huge part of the fun! 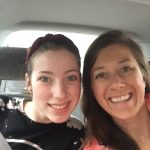 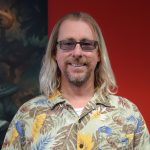