Meredith and Takeria: Ten Years Together and Still Going Strong

Although Big Brothers Big Sisters asks participants to commit to a match for a minimum of one year, many match relationships continue to grow and develop over time, lasting far longer. This has certainly been the case for Big Sister Meredith and Little Sister Takeria, who are still going strong after ten years together!

The two recently sat down to reminisce and share lunch in the cafeteria of McNeil High School, where Takeria is finishing up her Senior year. Long familiar with her Little’s fast food favorites, Meredith brought along a Taco Bell meal and Sierra Mist soft drink for her to enjoy.

Takeria welcomed Meredith to a table with her school friends, introducing her as “my sister”. Without any need for further explanation, the crowd greeted her warmly as if she were a longtime friend of theirs as well.

“It’s been amazing,” said Meredith. “Ten years ago, I got involved in Big Brothers Big Sisters to impact a child’s life, but because of Takeria, I’ve been changed for the better as well!”

They shared memories, laughter and a few tears of joy over their meal. One of their favorite memories was of the day Meredith surprised Takeria with the news that she was expecting her first child.

“I told Takeria that she was going to be an aunt—and that she would be a great one!” remembered Meredith.

Reaching the ten-year mark means a lot to both of them. Early in their match, Meredith and Takeria met another Big and Little who were celebrating ten years together just as the Little was about to graduate high school.

“On the ride home from that party, Takeria shared that she wanted us to make it to ten years too!” says Meredith. “We remembered that goal as each year passed and we got closer.”

It wasn’t always easy though. Takeria began working at a part-time job which kept her busy on the weekends and Meredith moved farther and farther south– changes that made it more challenging to see each other on a regular basis.

At their ten-year celebration lunch, Big and Little talked about some more big changes coming soon.

First, Meredith revealed that she is expecting a second baby, which led to even more smiles, embraces and happy tears! Next, Takeria surprised her Big Sister with her own good news: she has been awarded a BBBS Promising Futures Scholarship, accepted to the College of Health Care Professions in Austin, and is set to begin her coursework in June!

Meredith and Takeria feel confident that they’ll maintain their relationship even as they enter new chapters in their lives, however.

“It’s always been easy for us to catch up on how things are going on in each other’s lives,” said Meredith. “This will be a lifelong friendship, and I look forward to Takeria being around my daughters as they grow up.”

Takeria agreed, reflecting on her enduring relationship with Meredith.  “I’ve been so happy and had so much fun,” she said. “And now, having a BBBS scholarship that helps me with my education, I’m just so thankful.”

“Since the day I introduced Meredith and Takeria in April of 2009,” she said, “I have been so honored to walk alongside these two as their Match Support Specialist.”

Here’s to wishing Meredith and Takeria all the best with their upcoming adventures and many more happy years together! 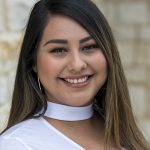 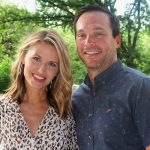