More Than A Gift: Someone To Count On

In 2022, Big Brothers Big Sisters of Central Texas has made more than 170 new matches and supported more than 758 Littles and their Bigs.

But the numbers are only part of the story. Mentoring relationships are transformative. These powerful one-to-one connections provide life-changing, and sometimes lifesaving, benefits for Bigs and Littles alike.

Having someone to count on, and someone to trust, can make a world of difference for a child.


When she was first matched, Brianna was very quiet and shy. She wanted to fit in, but didn’t feel comfortable around others. Instead, she preferred to draw. Her Big Sister Ashley became a new friend as the pair discovered that they both had an artistic side and many things in common.

Shortly after being matched, Brianna began to experience bullying at school and became depressed. She bottled her feelings up and didn’t tell anyone what was happening. Ashley started to notice that Brianna was withdrawn, but she didn’t know what was going on until Brianna hit rock bottom and was hospitalized.

When she got out of the hospital, Ashley let Brianna know that she was there for her. She assured Brianna that she wasn’t leaving, that she would always be there for her, and that they would figure things out together. It was a promise that allowed Brianna to find the support she needed to heal.

Donations from our community mean the world to the youth Big Brothers Big Sisters of Central Texas serves. Your investment is more than a gift – it unlocks potential, allows a young person to be heard, and makes a real impact on their future.

As 2022 comes to a close, we hope you will consider supporting more of these life-changing connections by making a year-end gift to Big Brothers Big Sisters of Central Texas. Together, we can do more. Thank you! 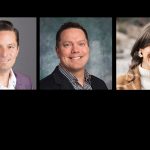