Mythbusters: Overcoming Misconceptions About Being A Big

Giving back. Making a difference. Offering guidance and wisdom. Helping children overcome obstacles. A superhero rushing in to save the day.

Okay, that last one doesn’t really fit with the others… or does it?

It is totally natural to have great expectations when imagining being, or signing up to be, a Big. After all, time is valuable, and few people would choose to volunteer so many precious hours if they felt they were not going to be making a positive impact. However, unrealistic ideas about the experience can prevent some people from becoming Bigs at all, or lead to discouragement for matched Bigs and Littles alike. Consequently, we’d like to dispel a few common myths about being a Big.

“We encourage Bigs to be realistic and flexible in their expectations about their matches,” said Joe Strychalski, BBBS Vice President of Programs. “Surveys show that our kids DO feel close to their Bigs and that it sometimes takes our Bigs longer to develop a sense of rapport in the relationship than it does our Littles. But Bigs don’t necessarily see that. They come in with lofty goals and when the things they’ve imagined don’t happen right away, they sometimes get concerned.”

Sometimes volunteers believe that Littles need ‘superheroes’ to come in and rescue them. “When I first joined BBBS, I remember thinking that I would be matched with a kid who needed his life changed in a big way and that I was going to be the one to do it,” laughed 2017 Big Brother of the Year Albert Swantner. “However, my first meeting with my Little Brother was mainly silence. Josh is naturally very quiet, which I totally understand, as I am very quiet too.”

Slowly but surely, Josh began to open up to his Big Brother, forging a relationship with Albert that has transformed them both. Albert had given up on his “life-changing, save-the-day” attitude and was just enjoying his time with Josh when Josh’s mom mentioned that she had seen a change in her son as a result of their match. “She said that Josh had become more confident and that he was considering going to college,” Albert said.

“I thought back over the time I’d spent with Josh and I suddenly realized that I’d been changing his life since our first meeting simply by spending time together and sharing experiences with him. Once you realize that even the smallest actions have repercussions far beyond the actual experiences themselves, it changes your whole outlook,” he explained.

Sometimes Bigs also expect that they’ll bond quickly with their Littles and that they’ll be best friends immediately. New Bigs need to be reminded of three very important words – it takes time. “It takes time for any person to build a relationship with someone else,” said Ellen Harsch, Director of Enrollment. “But it especially takes time for kids to build trust and to form meaningful relationships, particularly with new adults that they don’t know at all.”

For about a month after they were matched, Big Sister Lauren thought her Little Sister Elizabeth didn’t like her very much. She was so quiet that Lauren thought maybe she wasn’t enjoying spending time together. Then, one day, Elizabeth got a haircut. When Lauren picked her up for their outing, Elizabeth’s mom revealed that she’d modeled her haircut after Lauren’s hairstyle.

It was then that she realized Elizabeth was just a bit shy, and that mentoring is made up of countless little moments, woven together over time. “The simplest things mean a lot to your Little. That’s the biggest thing I’ve learned,” Lauren says.

Shortly after that, Lauren was pleasantly surprised by another sweet gesture. Elizabeth handed her a card that read, “Thank you for everything you do, I love spending time with you.”

While many Littles do specifically acknowledge the things their Bigs do for them, it is unrealistic to expect all Littles to react to mentoring, or to their mentors, in the same way. “My Little talked a mile-a-minute,” laughed Joe Strychalski, “but he never said ‘thank you’ for our time together.” When they’d go for several days without talking, however, Joe noticed that he would get a text from his Little saying, “’Sup? (What’s up?)”

“I realized that he wasn’t going to thank me,” said Joe, “but that initiating contact, being the one to suggest we hang out, and texting was his way of doing that. Sometimes it’s just a matter of recognizing what small victories actually look like.”

There are some myths that keep people from becoming Bigs in the first place. Prospective volunteers sometimes believe that they need to be perfect or to have all the answers before they are qualified to become Big Brothers or Big Sisters. Some volunteers even think that prior childcare experience is required to be a Big.

Ultimately, the most successful Bigs are able to put their preconceived notions aside, and to be open to the surprises their Littles bring to the mentoring relationship.

“When I first became a Big, I felt that it was my duty to be there for my Little Brother Keon and to figure out exactly what he needed,” said Big Brother Chris Muyshondt.  “I had no idea that he would do the same for me. After getting to know each other and telling Keon about my life, he would always ask how my week was, how work was going or how my personal relationships were. He once even talked with me about a heavy break-up I had gone through! He cared for me because I cared for him.”

“This young man has given me the opportunity to learn not only how to be a mentor, but what it means to form a true bond built on leadership, honesty, and care. I’ve taken these lessons into all aspects of my life in developing relationships with my coworkers, my peers, and my own family.”

And, at the end of the day, that’s what it’s all about. Mentoring isn’t about being perfect, having a perfect experience or having all the answers. It’s about caring, sharing and showing up. It’s about investing in one another and being in each other’s corner. It’s about learning, and growing, together.

If you care about kids, and if you can commit to being there, you can be a great mentor. And if you get stuck or have questions along the way, we can help. After all, we’re all in this together. Learn more about becoming a Big Brother or Big Sister here. 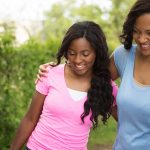 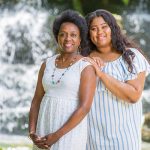