Committed early on to working in a field that would allow her to help people, Diana explored many options during her college years at Clark University in Massachusetts.

“Ultimately, however,” she says, “I realized that public service in the non-profit world was the best fit for me.”

She began focusing on this work right after graduation, joining the national public service program, AmeriCorps’ City Year, and relocating to San Antonio. With a mission to improve educational outcomes for struggling students, City Year’s staff provide youth with intensive support, helping them develop the academic behaviors and mindsets they need to succeed in school and in life.

In fact, the mission and vision of City Year is similar to Big Brothers Big Sisters’ in many ways. In their own words: “City Year AmeriCorps members build strong, ‘near-peer’ relationships with students and provide academic and social-emotional support…We know all children can succeed.”

During her time in City Year, Diana learned about a job opening as a Match Support Specialist at Big Brothers Big Sisters of Central Texas, and saw this opportunity as a natural next step in her mentoring journey.

“I could build on my own experience as a mentor to youth at City Year,” she says, “and learn even more as a behind-the-scenes source of support for mentors at BBBS.”

Soon Diana began doing just that. As a bilingual Match Support Specialist, Diana provided guidance not only to Bigs, but to Littles and their families as well, helping them navigate and problem-solve their own mentoring relationships.

Unexpectedly, another growth opportunity for Diana arose when a staff member left BBBS, and she took on additional responsibilities in support of the Customer Relations team. Over time, her role has evolved to focus entirely on Customer Relations.

“It’s very different than being a Match Support Specialist, but just as rewarding,” she says.

Now, as a full-time Customer Relations team member, Diana is often the first point of contact for potential Bigs and Littles, responding to inquiries about volunteering, addressing important questions and concerns of parents, and facilitating the important first steps of an impactful mentoring relationship.

Just as she did as a City Year mentor, then as a Match Support Specialist, and now as direct support to BBBS’ customers, Diana plays an essential role in advocating for youth mentoring.

“I want people to know that the commitment is worth it,” she says. “You’ll make a positive impact in the life of a child, and you’ll grow and learn as much as they do.” 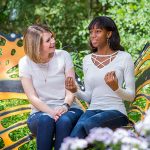 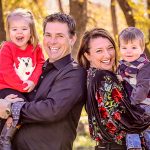