Reva and Joe: A Love Match

At Big Brothers Big Sisters, our work is all about relationships… but some of the relationships we’ve inspired might surprise you! With the recent celebration of Valentine’s Day, we wanted to recognize a very special match – one between a Big Brother and a Big Sister!  Reva and Joe Enzminger met and got married while serving as Bigs with Big Brothers Big Sisters of Central Texas. Their desire to make a difference for kids, and their passion for the agency’s mission, ultimately lead to a heartfelt connection with one another.

Joe first learned about Big Brothers Big Sisters when one of his co-workers organized ‘Burger Jam’ – a burger eating contest at their company that raised money for BBBS. “That got me interested in the program,” said Joe. “I had a lot of great mentors in my life and was looking for a way to give back.”

Reva’s interest in becoming a Big came after serving as a jury foreman in a tragic case in Austin involving a 13-year-old who was being convicted of murder. “Throughout the whole trial I just felt horrible for this child, because it was clear that she didn’t have a lot of adults in her life,” said Reva. “And afterwards I thought, ‘I’ve got to do something.’ So, I found Big Brothers Big Sisters and became a mentor.”

The two became Bigs to 9-year-old Littles, and Reva was actually a Big Sister twice. But it was when they got involved in fundraising for BBBS that Joe and Reva met. Reva was in on some of the very first Ice Ball events. “When I started with BBBS, I told Brent (BBBS’ CEO) that I didn’t have a lot of money, but that I had a lot of time,” said Reva, who was starting her Edible Arrangements business at the time. “Brent directed me to a group of women who’d formed Helping Austin and who were working to raise money for BBBS. They had started an event called Ice Ball. I think it was year 4 of the event.”

The event started small, but it grew each year, ultimately becoming the phenomenal success that it is today. “I was chairing the event when we decided to move it to a hotel. I felt that if we were really going to do it right, we needed a website. Someone said, ‘Joe Enzminger is also helping with the event and he’s a tech guy, so you should talk to him.’”

And the rest, it could be said, is heartstory. The two sat down to work on an Ice Ball website, which ultimately lead to Joe asking Reva out for a lunch date. This would have been perfect, except Reva forgot the date. “I literally stood him up,” laughed Reva. “I tried to make it up to him about a month later by taking him to lunch, but then we didn’t see each other for a year.”

It was another year, and another Ice Ball, when the two met again. This time, they started seeing each other and the relationship blossomed. Especially after Joe accidently bid on a pair of diamond earrings at the Ice Ball auction, thinking he was bidding on a Cabo trip. He ultimately gave the earrings to Reva, which may have sealed the deal. The two are now married with two adorable children of their own.

Both are still very committed to BBBS and feel strongly about the organization’s work. “The program is fantastic. With mentorship, even a little bit of time can change a life,” said Joe, CTO of Exacta Systems. “Even a small investment can have a big, positive effect on a kid… especially a kid who is growing up in an environment where they don’t have many advantages. My childhood wasn’t perfect, but the kids who come through this program face real challenges and even a little bit of help can put them on a better path to success. Mentorship is just so important.”

“Never underestimate the impact of missing a parent,” Reva added. “That’s where mentoring helps. Kids need that additional adult support in their lives.”

Reva came up with an analogy for mentoring that she often uses today. “The whole Bowl for Kids concept makes so much sense for me and for BBBS because I see mentoring as one of the guardrails on a child’s lane in life,” said Reva. “Community and society support a child on one side, and mentorship provides the other guardrail that keeps children on the path to success, and parents are the ones who push them down the lane. Kids need that ‘mentoring voice’ to help them think about life in a different way.”

“Being Bigs is a huge part of who Reva and I are as people,” said Joe, “and I don’t think we’d change any of it.”

The Enzmingers encourage others to get involved with BBBS as well. “Just do it!” Reva said about becoming a mentor. “It can be intimidating at first, but at the end of the day, it’s worth it.”

“It’s a very important cause,” Joe concluded. “If you can’t get involved as a Big, then get involved by supporting a Big, whether that is by encouraging them or by financially supporting the organization. The mission is just that important.” 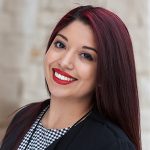