Big Brothers Big Sisters of Central Texas became a reality due to the work in the early 1960’s of several men who recognized the need for adult mentorship for boys without fathers and boys in the juvenile court system. The men realized that these boys lacked, and needed, positive male role models in their lives.

Fast forward 50 years and the need for male mentors is as great today as when the agency first began. For every male who signs up to be a mentor, two more are needed. Over 80% of the kids who are actively looking for Bigs are boys, and we are running out of men to match them with (currently only 15% of volunteer inquiries are from men). Male mentors are essential to helping boys achieve a positive sense of their own strengths and identities, whether it’s playing catch with a baseball or, as one match discovered, building a coffee table for the house.

“I’ve never gotten to build anything before. It was pretty fun. I thought I would just be attaching a few pieces (for the coffee table),” said Little Brother Keontray. “I didn’t know I was going to do everything.” And he does mean, everything. Keontray soon discovered he would be sawing, planing wood, attaching the pieces, and assembling the whole table. The result was a hand-made coffee table that is so sturdy it can bear the full weight of his Big Brother, Chris.

“When we were done I stood on the table to show him how solid it was,” Chris said. “Keontray couldn’t stop smiling. He kept saying ‘I can’t believe I made that, I can’t believe I made that.’  The table is in his living room where he sees it every day and it reminds him of this one solid thing that he has done. He tells me he’ll be sitting with his mom and she’ll smile and point at the table and say, ‘You built that!’”

Learning to build things is one of many life lessons Chris is sharing with his Little Brother – life lessons that come from his own experiences, but also from his dad. “My dad came from El Salvador and he is an electrical engineer,” Chris continued. “I used to watch him build stuff like alarm clocks or pieces for computers, and it was always fascinating to me. When I was 11 I started helping him around the house. We replaced a fence that was old and rotted. That experience taught me that hard work pays off. When you build something, you can put in hours and hours, plus a lot of sweat, and have something to show for it. I look at that fence now and say ‘My dad and I did that.’”

The skills of creating, of making something with your own hands, and of enjoying hard work are all things Chris wants to pass along.  “Keontray had a rough 2016. His grandfather passed away and that was tough. His dad got out of jail, but he’s never been in Keontray’s life, so to lose a male role model like his grandfather was hard,” Chris said.

Chris understands the importance of mentoring. “When I was Keontray’s age I had both parents and I still went through a lot – fighting at home with my mom, dealing with very bad relationships with friends,” Chris explained.  “I went through many of the same things he’s going through, but my family wasn’t really there for me when I needed to talk about problems or when I had general questions about the opposite sex or about relationships.”

Consequently, Chris’ favorite part of the match is being there for Keontray, listening to his questions, and discussing the answers. The two talk about things that have gone wrong and how those things can be made better the next time.

“I just look forward to seeing Keontray and hearing about all that has gone on during the week,” said Chris, who is a senior at Texas State University. “He’s as much my friend as he is my Little Brother.  Our relationship is not just about him coming to me for advice. Our relationship gives him the opportunity to form his own opinions and thoughts.”

Another skill Chris is teaching Keontray is that of cooking. The pair have made lasagna and enchiladas and Chris has even taught him how to season and prepare chicken. “That way, when he does go out into the world, he’ll be able to fend for himself,” Chris laughed.

In Chris’s mind, their relationship is all about providing Keontray with a blueprint and the tools for success. “In addition to passing on skills and values, male mentors give boys an idea of what they can become, what to aim for, and how to act in the world,” Chris said.

“It’s important for boys to have someone in their lives who can say, ‘It’s okay to not be fine. At one point things were not fine with me, but I got through it and here’s how I did it.’ Boys need men who can serve as examples, and who are willing to invest in, and listen to, them.”

Chris acknowledges that he and Keontray are from very different backgrounds. Chris is a white young man from the suburbs and Keontray is an African-American teenager who has lived in a lot of different neighborhoods. “Keontray has experienced racist slurs from white kids at school,” Chris added. “In our match, it’s really important for him to see that not everyone is like that and that people of different races can care about each other.”

Chris encourages other men to become Big Brothers as well. “If you have experienced anything,” Chris says, “it’s your duty to pass that experience along to someone who needs it.”

Chris believes this so strongly that he has decided to put his plans to enter medical school on hold in order to remain a mentor to Keontray until he graduates from high school. It’s no wonder the two say they will be brothers for life. “When I first met Chris it was awkward,” Keontray admitted, “but now I actually see him as family.” 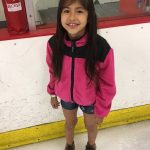 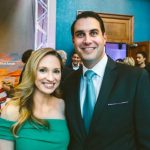