The Rackspace cowboys and zombies!

The good, the bad and the zombies came out in full force to celebrate their fundraising success in support of BBBS kids. Hundreds of people from dozens of companies and organizations took over Highland Lanes all weekend — and they were all dressed for this year’s theme, “Cowboys vs Zombies”.

With nearly 150 teams, every bowler made a huge difference. One hundred percent of funds raised stay local and help pair more kids with caring, adult mentors.

The weekend was filled with fun – and some of the highlights include when Chris Houston of the Detroit Lions led a bowling team of his own on Saturday afternoon!

Another special  moment was the fact that this year’s top fundraiser is also a Big Brother! Hector Perez, who is the 2014 Big Brother of the Year, raised more than $4,000!

Of course, our friends at Trudy’s, Padgett Stratemann and Rackspace – and our media friends at KVUE, FOX7, Spirit 105.9 and Do512 – were huge reasons this year was one of the best. The KVUE team really got into the spirit:

Having a great time Bowling For Kids at #BFK14 with the @KVUE team! pic.twitter.com/ZKdrMzYCRx

If you weren’t able to make it to the big event, watch the video recap courtesy of R11 Studios and check out all the photos on Flickr. The web site is still accepting donations as well, so if you weren’t able to participate this year, you can still donate to keep kids on the path to lifelong success.

Thank you to everyone who fundraised, supported, sponsored or helped spread the word about Trudy’s Bowl for Kids! Because of you, BFK 2014  was a huge success.

Were you at BFK? Get your photobooth pictures from MyEventIsTheBomb, or your team photos from Flickr. What did you think of the event and how many years have YOU bowled for kids? 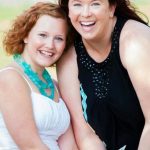 I’m not giving up on youBig Stories, News & Updates 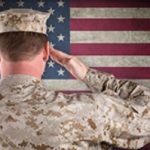