It’s the Little differences that Bigs notice. Such as the difference between the first meeting of two strangers – a Little and their new Big Brother or Sister, and then, years later, the family-like bond that has developed between them.

“When I first became a Big Brother, I remember thinking, ‘What did I get myself into? I’ve got a business to run and a child to take care of,’” said Denver. “After being with my Little Brother however, I quickly realized that I’ve got the time. Now, I don’t feel like I’m doing enough. The change has been profound.”

It’s a feeling that comes from seeing the impact that being matched has had on his Little Brother Juan. “I’ve seen first-hand the differences in Juan,” said Denver. “When we were first matched, he was seven years old and extremely shy. He rarely made eye contact with me and didn’t say that much. Even his posture reflected his shyness.”

Through all of the different activities the two have enjoyed over the past 5 years, and the time they’ve spent together, Juan has come to understand that his Big Brother is there for him. For a young boy who lives with his grandmother, and who has never met his father, having another adult who is a consistent presence in his life is a difference-maker. “His grandmother has seen a big change in him as well,” said Denver. “He knows I love him, and that he can call me about anything.”

And Juan is not the only one who has changed. “He’s changed my life,” said Denver. “I get so much out of being a Big Brother. Juan’s presence in my life makes me feel complete.”

As a result of the connection they’ve built, each has gained another family member, and Juan has become close to Denver’s son, Denver Jr. “Juan doesn’t have siblings of his own, and he and my son have become like brothers,” said Denver. “They enjoy just hanging out.”

It’s a familial bond that Denver sees lasting from now on. “It has been fun to watch Juan grow, and I know we’ll stay in contact for the rest of his life,” said Denver. “I want to see him graduate from high school and from college. This is a life-long commitment.”

For others considering becoming a Big, Denver offers encouragement. “I know there are so many kids out there who need a mentor,” said Denver. “And you will get so much out of it. What started out as spending an hour or two with Juan, has grown into so much more. He’s just part of our family.”

“We have a match made in heaven, it’s the most incredible thing,” said Denver. “I so enjoy being with Juan. He is a blessing to me and my family.”

You can create this kind of stability, connection, and support for children in our community with a donation to Big Brothers Big Sisters of Central Texas through Amplify Austin. Amplify Austin is a 24-hour day of community-wide giving that takes place from 6 pm March 4 – 6 pm March 5th.

Early giving is now under way and donations made between now and 6 pm March 5th will count toward our Amplify Austin goal.

Amplify your support for kids in our community with a gift to BBBS today!  Give here: www.AmplifyATX.org 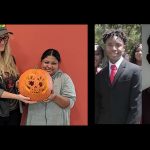 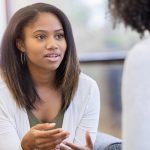