Landon & Jackson: Learning To Speak Up

Sometimes, Bigs notice a major change in their Littles; for others, the change is more subtle. Little Brother Landon and Big Brother Jackson enjoy sports and having fun, but along the way a quiet change has happened – Landon’s not so quiet anymore.

A Little Brother with two sisters and a single mom, Landon needed a friend he could share interests and have some “guy” time with. “He has one sister in high school and one who is 10,” said Jackson. “So, the age gap and the interests are different.”

“I’ve enjoyed having someone to hang out with who has the same interests,” said Landon, “instead of having to do what my sisters want me to do.”

Their main interest? Enjoying sports and being outside. “We’ve gone to the Texas Toy Museum and hiked at the greenbelt,” said Jackson, “but our favorite thing has been sports.”

Landon, who is 13, plays soccer for his school and on a club team. “One of my favorite things is getting to see Landon play football and soccer,” said Jackson. “He invites me to come watch his games and that’s a lot of fun. He’s a really good goalie.”

“Landon says he learns a thing or two from me when we are playing soccer, but I don’t know about that. He mainly learns what not to do,” laughed Jackson.

At this, Landon quickly spoke up. “I learn,” he said. “Playing sports is definitely one of my favorite activities and having someone to play against. It’s been fun.”

A quiet person, Landon now speaks with confidence beyond his years. He’s comfortable being interviewed, and being totally engaged in the conversation, which many kids his age are not. It was not always this way.

“I’ve enjoyed seeing Landon grow out of being shy, like he was when we were first matched. Of course, this has been a new experience for both of us,” said Jackson. “But he’s gotten a lot more comfortable being around adults, being around people other than his family. He was definitely a quiet guy, but not so much anymore. It’s been fun to see him grow.”

“He’s 13 and I’m 31, but he’s a great friend and we have a lot of fun together,” said Jackson. “I’ve learned a lot about video games from him. He’s interested in History, so he educates me on certain aspects, especially military history. So, we learn from each other.”

Jackson added, “BBBS is a great program, and being matched is a great way to make a friend.”

“Oh, yeah,” said Landon, wanting to make sure he added his affirmation and was heard. It was a small, yet significant indication of the change he’s experienced since being matched, of the confidence and self-assurance he’s gaining as a young man. Skills and qualities that will help him achieve his potential as he moves forward in life.

.Amplify Austin is going on through March 3rd.  Please consider making a donation to BBBS to help more young people in our community acquire the skills and confidence that will lead to lasting success. 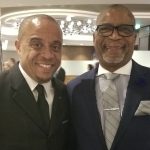 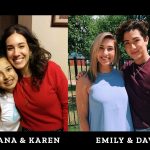