A force of nature. A quick-spreading impact. Such phrases describe Ice VII, an exotic, fast-growing form of ice which, under the right conditions, spreads so fast it could freeze an entire world within hours. A similar description applies to Big Brothers Big Sisters’ Ice VII award recipients and the expansive reach and influence they have had during the Ice Ball’s 17 years of existence.

They have been forces of nature within the BBBS of Central Texas community for years, making a significant difference for our mission, contributing to our impact, and helping to grow the gala with their hearts, energy, and enthusiasm. Their impact, and that of the gala, have quickly spread throughout the Austin community.

In 2021, our 50th Anniversary year, it is our great honor to announce this year’s Ice VII Award recipients – Connie and Bill Nelson. Constant, caring and committed, this dynamic duo has had a profound impact on the rapid growth of this signature event, and they truly exemplify what Ice Ball is all about.

Connie and Bill became involved with BBBS when they were looking for a way to give back to the community, after relocating to Austin.  Their son, Bill Jr., who had been a Big while a student at UT, suggested that they consider Big Brothers Big Sisters. They soon did, signing up to become mentors to their Little Brother, Thomas, with whom they were matched for more than 8 years and continue to stay in touch.

In addition to becoming Bigs, the pair joined the Ice Ball Host Committee, where they have been involved in this signature event since its early years.  Under their leadership, the Ice Ball transformed to the headline event and fundraiser it is today.  Connie and Bill have the unique distinction of having chaired the Ice Ball for two years in a row, in 2014 and 2015.  And they recruited others to participate in, donate to, and chair the event as well.  They have also been long-time Ice Ball sponsors at the Gold Level, they have contributed items to our Live and Silent auctions, and they have been generous Fund-A-Friendship donors.

In addition to supporting the Gala, Connie and Bill have been tireless advocates for BBBS as a whole.  They are members of BBBS’ Giving Society, and were major donors to BBBS’ 2016 Capital Campaign which led to the creation of a brand new, and much needed, mentoring center facility.

With hearts as big as Texas, they lead by example, with passion and with purpose.

It is our privilege to present Connie and Bill Nelson with this year’s 2021 Ice VII award. An honor awarded to the individual or couple with the greatest cumulative impact on the success of BBBS’ Ice Ball Gala. Thank you for making a difference…. for the gala, for BBBS, and for children and families in this community. We are, truly, better together. 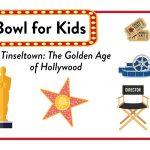 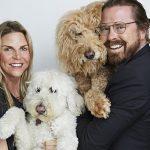