Developing the Tools for Success: Ryan and Zak

“I could tell Zak was already a mature kid when I met him because he was translating for his mom and helping out at home,” Ryan said about his Little Brother. Zakarias was 9-years-old when he and his mom came to the U.S. from a refugee camp in Djibouti, Africa. He is now fourteen and has been matched with Big Brother Ryan for about a year.

It’s hard enough for a student to transfer to a new school, but being in a new country and culture present a whole new level of challenge. One key to overcoming such a challenge is having a friend who can answer your questions. “I make sure Zak knows he can talk to me about anything,” Ryan continued, “because if we can be open with each other, I can help him succeed.”

Having someone to talk to has really helped Zak personally. “One of the hardest things I had to face when I came to America was being lonely,” Zak recalled. “I really didn’t have many friends. Then Ryan got involved in my life and the light went on. I’ve been happy since then because I have a Big Brother who comes to me once a week and that’s pretty cool.”

One topic that the two frequently talk about is Zak’s schoolwork. Ryan has been a tutor for his Little. “Zak is fantastic at math, but reading comprehension and sentence structure are tough for him. So I have him work on practice tests, and he is definitely getting better. Now, he always makes sure I know he is doing well in school. We also talk about the future and how his work will help him succeed in getting into a vocational school or college.”

Equipping Zak with educational skills and tools isn’t the only way Ryan helps. The two also discuss relational skills. “Zak told me about an incident where he got into an argument with a family member,” Ryan added. “Instead of getting angry, he remembered what I’d told him about being respectful and listening to what the other person had to say.”

Zak is also learning to resist negative pressures in school. “I try to make sure he’s making good decisions and that he realizes it’s okay to make those right decisions, even though outside influences may say otherwise. I let him know it’s okay to say “no” to some things,” Ryan explained.

Recognition of how Ryan is helping him is something that Zak does not take lightly. “He’s been more than just a friend. He’s like my real brother, though I don’t have one. Ryan takes me seriously, which I really like. He also gives me advice that is good for my life.”

Of course their match is not all serious. There’s also a fun side which is equally as important. “Ryan takes me out to eat and to see new places,” Zak added. “And that helps my life because you need smiles in your life. Ryan is good at giving me smiles. He is a great guy and anyone would be lucky to have him as a brother.”

Smiles are a two-way street. “He’s an awesome kid,” Ryan said. “Our relationship has turned into a friendship where he cares about me and I care about him, and that’s the best thing of all.” 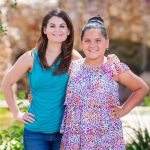