A few short years, but a life-long impact. That is the power of a BBBS match.

“It was a match made in heaven,” said Michaela Lindsay, a former Big Sister, “or, really, by you guys at BBBS. My Little Sister, Aracely, and I were matched for 3 years, and it has been the most rewarding experience I could have asked for.”

It was a simple beginning, according to Michaela. After a year of working in Austin, she reached out to BBBS to get involved. “I had always wanted to volunteer with Big Brothers Big Sisters, but had never had the time in undergraduate school.”

When she did get involved, her match happened quickly. Michaela volunteered as a bilingual mentor to keep her language skills sharp, and she was soon matched with Aracely, a freshman in high school.

“We did a lot of fun things together,” Michaela recalled, “But my favorite memories are those of just relaxing and having coffee and getting onto a topic that I could tell Aracely really wanted to talk about, and then discussing something that was weighing on her mind.”

Such conversations were the reason Michaela committed to the BBBS program. “The activities were fun, but having that close relationship with someone you might not otherwise have met was really rewarding,” she said.

The unexpected part of a BBBS match? “I didn’t anticipate becoming so close to Aracely’s whole family,” Michaela laughed. “After about a year, I was at her parents’ wedding, which was beautiful. And over Christmas we all went to the Trail of Lights together. So I’ve really built a relationship with the whole family that I’m confident will last.”

Three years later, Michaela’s relationship with Aracely is continuing even as Aracely plans for life after high school. “We’re going to stay close for a long time,” said Aracely, who graduated this year. “Michaela has known that I’ve wanted to go into the military since I was nine years old. She’s put me in contact with people, we’ve done research together and learned so much about the military, and now it’s just up to me to make a final decision about where I want to go.”

This beautiful match has not only sparked a lasting connection between a Big and a Little, but also between Michaela and BBBS. Michaela is on a mission to recruit others to volunteer with the agency. “I want to recruit other young professionals,” she said. “I tell them that it is so worth it… that I can’t describe the payback on the time invested. My relationship with Aracely will last a long time, but even if it didn’t, the memories of our relationship will shape me forever.”

Aracely has something to say to people considering participating with BBBS as well. “Having a mentor in my life has been a good thing for me, and there are kids out there who need what I have with Michaela,” she said. “It takes just a little bit of time to make a kid happy or to make their day.”

To put it in terms of effectiveness and impact… “I’ve seen the impact Aracely’s involvement with BBBS has had on her and the confidence it has sparked,” Michaela said. “She will take that with her wherever she goes and whatever she decides to do… and I will as well,” she added. 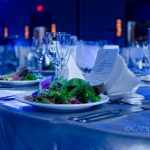 An Evening with a Lasting ImpactNews & Updates 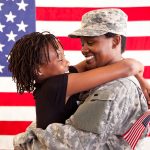