These days, when Jack Reyer thinks about his role as a Big Brother, he feels confident that he’s making a positive difference in the life of his Little Brother, Jared. He wasn’t always so sure he would be able to, though. For many years as a young adult, despite having a strong desire to become a Big, Jack felt anxious and unsure about his capabilities. He wondered if he had the resources or the energy necessary to be a good Big Brother.

Jack’s motivation to become a Big came from an authentic desire to give back to Big Brothers Big Sisters. As an 8-year-old boy, his father passed away, leaving a significant physical and emotional void in his life. Jack’s mother enrolled him in Big Brothers Big Sisters, hoping to bring a positive male influence into his life. When Jack met his new Big Brother Todd, they simply took a bike ride, talked, and began to get to know each other. Twenty-three years later, Jack and Todd still make time to communicate with each other on a daily basis.

“He gave me the privilege of doing some really unique things,” says Jack. “Things that I never would have had the opportunity to do otherwise.”

Todd also included Jack in important milestones in his own life. Indeed, Jack remembers vividly the time he held his Big Brother’s first-born in child in his arms.

“My time with Todd led to a lot of solid personal growth. His example as a father, a veteran and a man of faith provided me with opportunities to mature and to develop self-discipline,“ says Jack.

But the idea of becoming a Big himself still seemed daunting to Jack for many years.

“As much as I wanted to give back, I always felt very anxious when I thought about becoming a Big,” says Jack. “I knew I wouldn’t be able to provide my Little with the same sort of grand adventures that Todd had so generously provided me.”

As time passed, however, Jack developed a different perspective on Todd’s role in his life. He came to the important realization that, as enjoyable and enriching as his travels had been, it was the simple experiences with Todd that actually meant the most and had the most lasting impact on him.  The time spent together riding bikes, playing basketball, or just hanging out didn’t cost any money, but was incredibly valuable.

“I realized that it was the simple things, the things that people don’t think of as exciting or glamorous, that were truly the most important to me,” says Jack.

With this new understanding, he realized that he was ready to become a Big Brother after all. Rather than feeling anxious and unsure, as he had in the past, Jack now felt calm when he thought of becoming a mentor to a child. He understood that the most valuable gift he could give was his time.

Jack became a Big Brother just a few months ago, but he and his Little Brother, Jared, have already developed a strong bond and enjoy exploring Austin together. Jack has also grown close to Jared’s grandmother, his primary caregiver, and is glad that he can provide an outlet for Jared’s youthful energy that she can’t.

Jared is the same age Jack was when he was matched with Todd. He can relate to the absence of a father in Jared’s life, and his need for someone to talk to and spend time with. He also now knows that he can be that ‘someone’ for Jared. He can be a Big Brother and he can make a big difference. 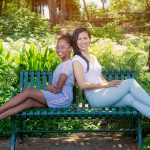 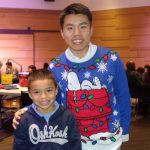