Created by Big Brothers Big Sisters of America, Bigs in Blue is a national initiative aimed at recruiting law enforcement officers to serve as mentors to youth in their communities. BBBS believes these mentoring relationships will create stronger, healthier bonds between law enforcement personnel and the children, families, and communities they serve.

The program already exists in about 20 cities across the country. Big Brothers Big Sisters of Central Texas is currently launching a Bigs in Blue program in Central Texas. One of the keys to a successful program is the enthusiastic support of the local chief of police, and, to that end, BBBS has developed a relationship, and completed a Memorandum of Understanding, with Austin Police Chief Brian Manley and the Austin Police Department.

“The Austin Police Department is excited to partner with Big Brothers Big Sisters of Central Texas to support the youth in our neighborhoods,” Chief Manley said. “Bigs in Blue offers officers an opportunity to have a relationship with young people that we wouldn’t have otherwise. Such a connection is beneficial to all involved, as well as the community as a whole.”

“At a time when law enforcement is under intense media and public scrutiny, it is more important than ever for young people to understand that police officers are not a force to be feared. Police officers want to protect and serve their communities,” said Philip Kearney, Administrative Specialist in Chief Manley’s office, and a BBBS Big Brother.

“Police officers are human. When young people have positive interactions with police officers, they get to see the human side of them, and vice versa.  The only way to resolve differences or to overcome distrust is by establishing heartfelt respect that flows in both directions.”

Older officers tell Philip that, years ago, when children were asked what they wanted to be when they grew up, many said ‘a police officer,’ but that that has changed. “I think we need to re-establish that connection,” Philip said, “to help young people understand that police officers are just normal people who have chosen to protect and serve their neighbors and to introduce them to a fulfilling career path that might interest them.”

Philip believes that BBBS’ Bigs in Blue program can help all involved “see each other with new eyes.” “Just as community members can start to fail to see the humans behind the badges, sometimes police officers can begin to experience compassion fatigue from dealing day-in and day-out with negative things that happen in the community,” Philip explained. “It’s a two-way street.”

Philip was a Big Brother long before Bigs in Blue was initiated. He was matched with his Little Brother about 6 years ago when he was in his 20’s and Malik was 9, and laughingly says that they’ve both grown up together. Philip believes that Malik has been a grounding influence in his life.

“Since I don’t have kids, sometimes I can think that my negative behaviors and attitudes only affect me, so ‘who cares?’  But now that I’m conscious of being a role model, I am more conscientious in all aspects of my life and have become a better person for it,” Philip admitted.

As for Malik, he’s been able to enjoy things he might never have experienced if he hadn’t become a Little Brother. “His interests can change from week to week, or even day to day,” Philip continued. “No matter what he’s interested in that week, whether it’s robots, or disc golf, or playing guitar—I get to say, ‘Okay, how can I help you explore that interest?’  And then we go for it.”

Philip says the same is not true of Malik’s peers who don’t have mentors.  “They just seem so bored, and so resigned to a life that doesn’t involve the pursuit of dreams,” he said. “Not Malik, though. He has a light in his eyes, a fearlessness, and a confidence that he is going to go to college and make all of his dreams come true.  Knowing that I had a part in that, whether large or small, gives me a sense of fulfillment and joy like nothing else.”

It’s this kind of transformation that speaks to the potential and promise of the Bigs in Blue program… the ability to create change that can help law enforcement and civilians clear up misconceptions about, and fear toward, one another.

“Bigs in Blue has the power to change young people’s perceptions of law enforcement and they will share those impressions with their friends,” Philip said. “And officers can have huge impacts as Big Brothers or Sisters while also having a ton of fun. Mentoring improves the life of a young person while enriching the mentor’s life in the process. It doesn’t feel like volunteering and the reward is immense.”

And the benefits of each mentoring relationship extend far beyond the Big and Little themselves, affecting the lives of those around them and the greater community as a whole.

As members of a community, we are all connected, and the quality of our connections matters.

Bigs in Blue is designed to foster relationships and understanding between two groups who have much to learn, and gain, from one another. 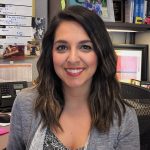